Island Breeze by Sarah O. #7 – A fishermans view of Paliki

Island Breeze by Sarah O. #7 – A fishermans view of Paliki

After a few days of improved winter weather and a late night phone call we found ourselves at Argostoli harbour aboard the fishing vessel Melissa ready to motor up the Paliki coast. Captain Simos had invited us to join him as he returned his boat, Melissa, to it’s summer mooring in Agia Kyriaki (where he runs daily trips). Anna had accompanied him to try to deliver the boat earlier in the year but due to bad weather they’d had to turn back. Armed with layers of clothes (it was a sunny day but still early spring), water, snacks and of course our cameras Anna, Liza, Yiannis, Nikos and I prepared ourselves for an approximately 4 hour journey. 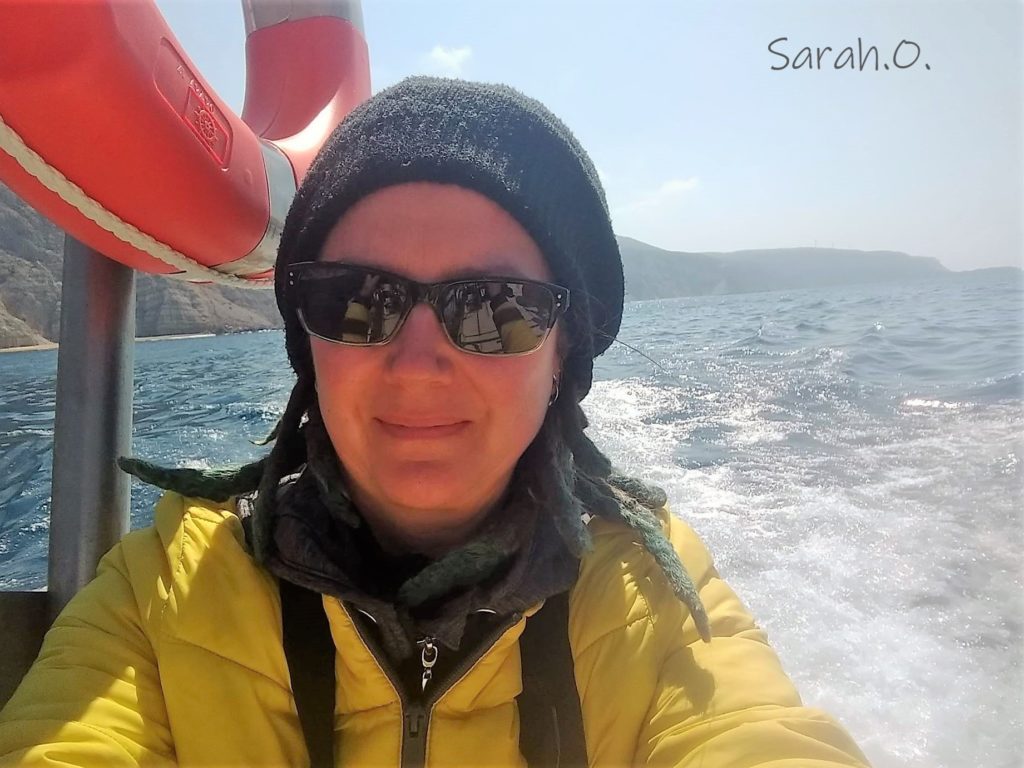 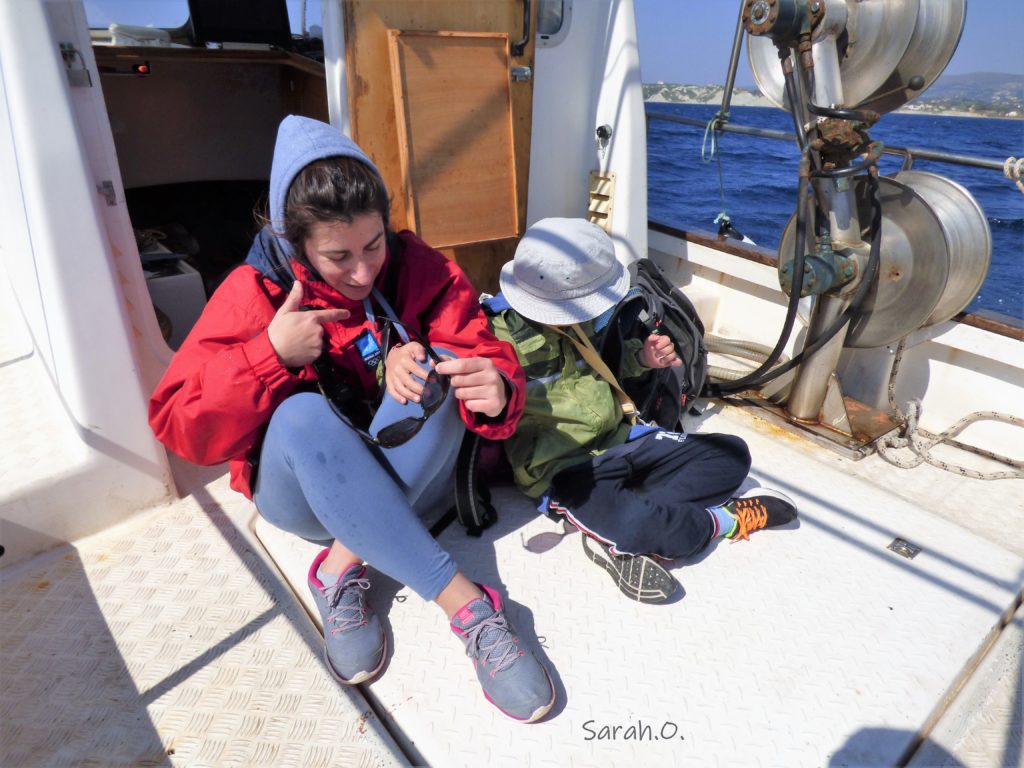 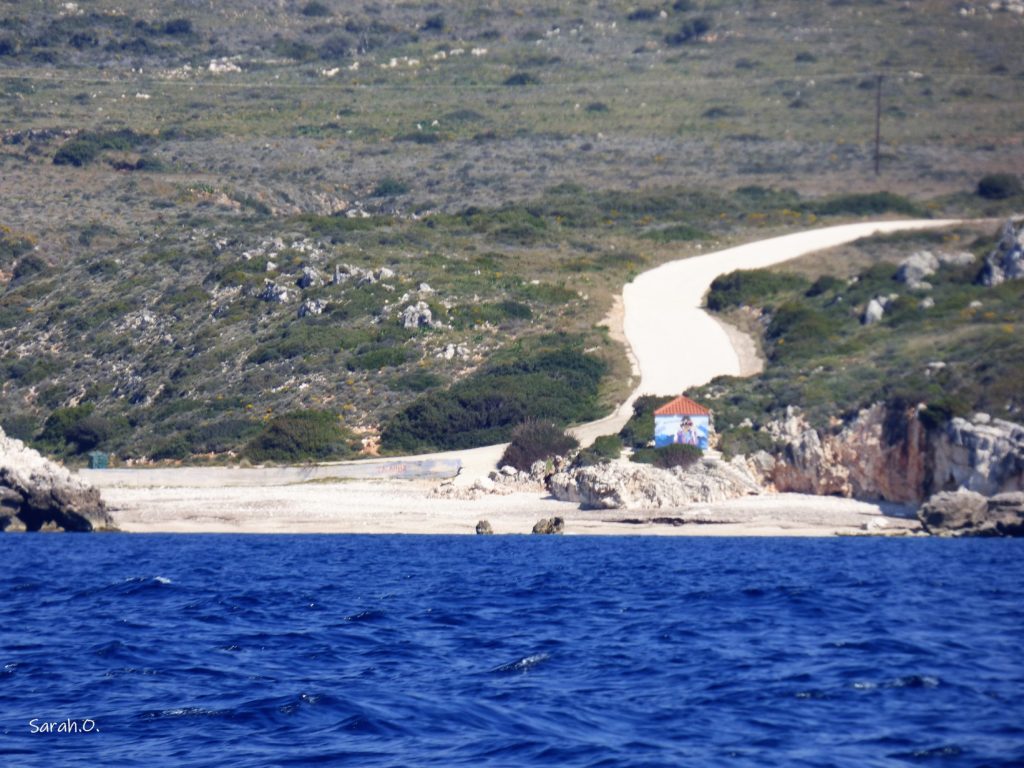 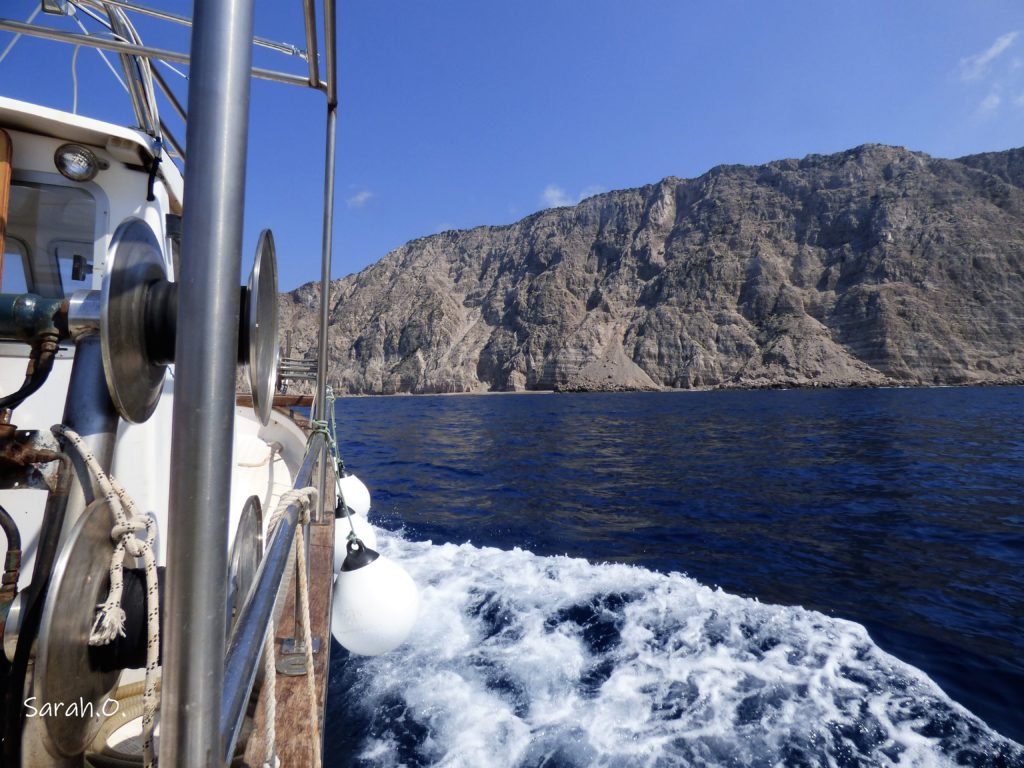 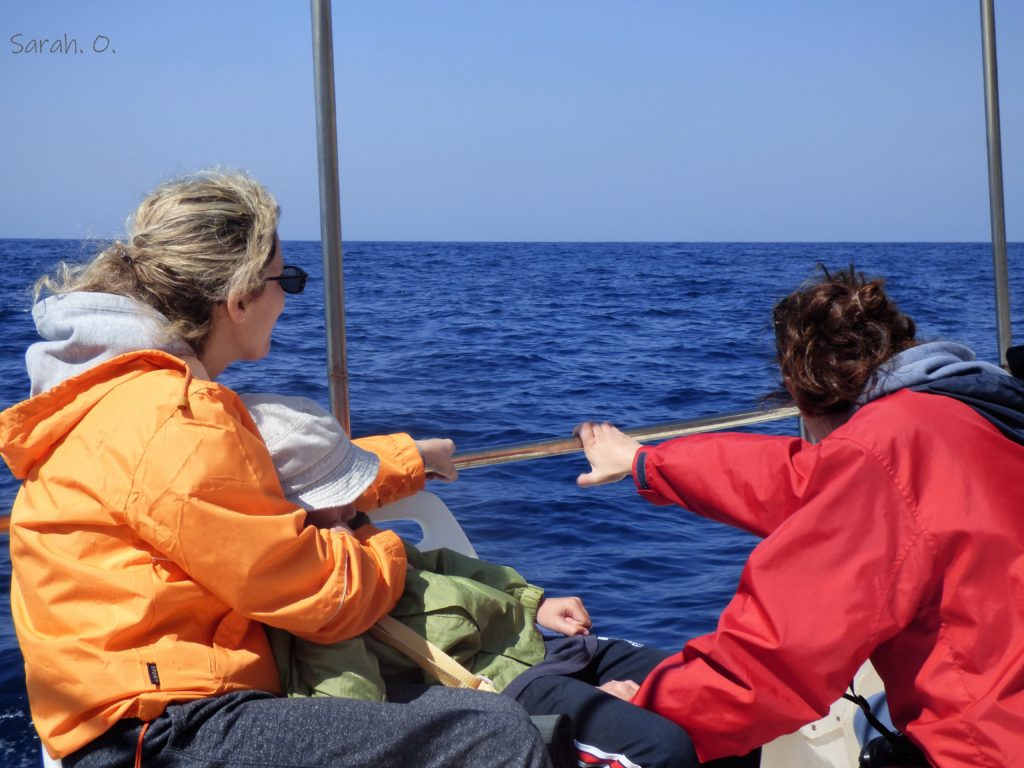 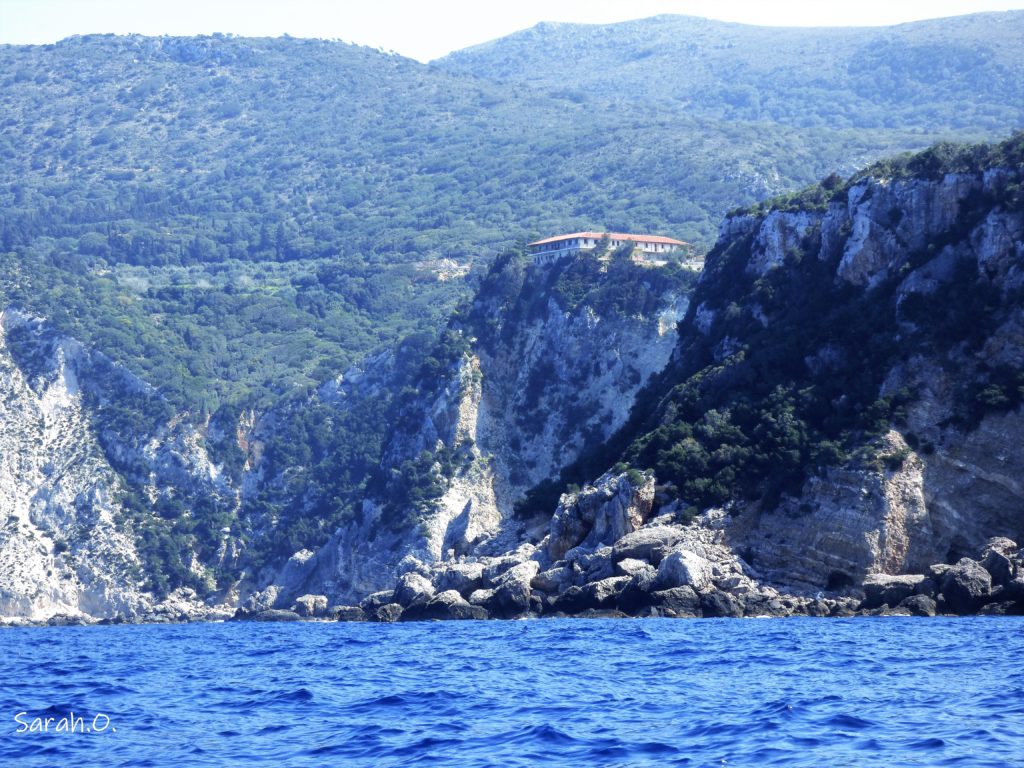 It was really interesting to see the Paliki coastline that I had just been writing about for another article, and the perspective was one I’d never experienced on this side of the island. The beaches looked stunning in their desolation, the cliff faces rugged and awe inspiring and the sea a beautiful array of blues. The first part of the voyage from Argosotoli, past the Lixouri/Argosotoli ferry boat, the Fanari lighthouse, Vardarni Island, Lepeda and Xi beaches was pleasant and calm but on turning north past Geros Gobos lighthouse things became a little more choppy. The sun remained shining and as the boat began to rock a little it became increasingly difficult to take sensible photos! Unfortunately the sky was a little hazy so it wasn’t as clear as we would have hoped from a photographers point of view. Having said that we felt very lucky to be on the boat, and to see the changing rock formations and strata, Kipouria Monastery, Platia Ammos, Petani, Atheras and many un-named, inaccessible beaches in between. Turning eastwards towards Agia Kyriaki we passed Amidi and Fteri beaches – WOW! – if you ever get the opportunity to hike or take a trip there take it! The lush green backdrop, pristine beach and the turquoise blue of the water was a fabulous sight. We then motored past the exotic looking Vouti Beach and into port at Agia Kyriaki. A great day was had by all – thank you Captain Simos! 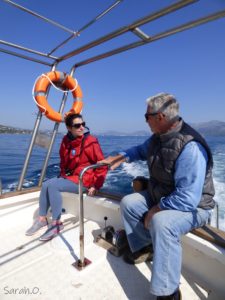 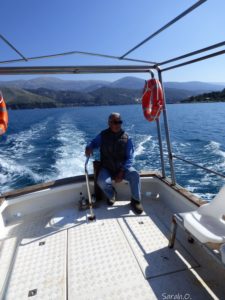 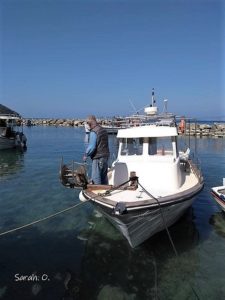 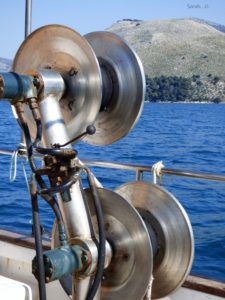 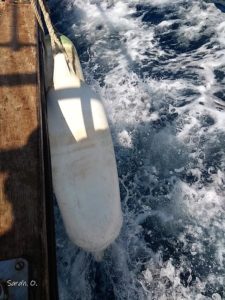 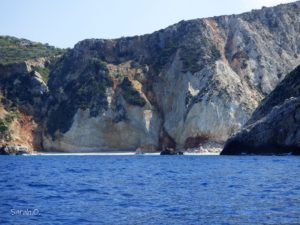 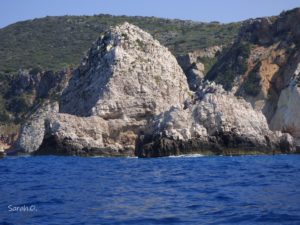 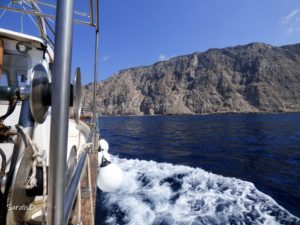 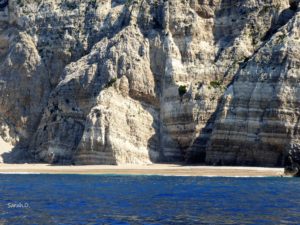 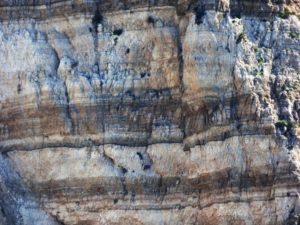 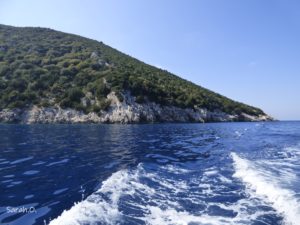 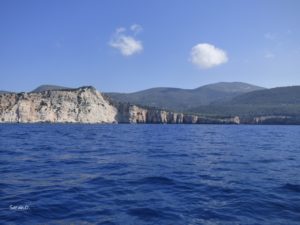 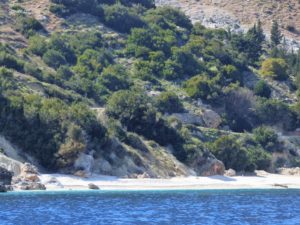 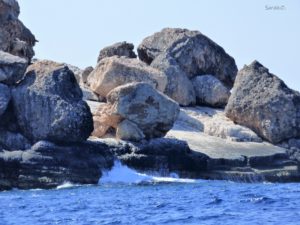 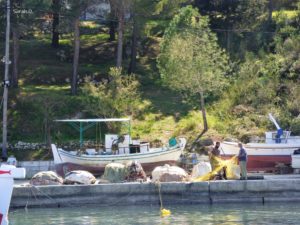