Travel to a mythical and magical world and into the subterranean treasure that is Melissani Cave. Surrounded by thick forestry, descend into the ‘cave of the nymphs’ and see it’s beautiful waters, whose turquoise shades change throughout the day as the sun passes over the cave’s open top. Inside the cave-lake the stalactites, moss and algae, its small island and the caves chambers will transport you to an ethereal world, where legend says that the nymph Melissanthi drowned after being rejected by the god Pan. During the 1962 excavations of the cave several artifacts were discovered, including plates and oil lamps depicting Pan and the nymphs. 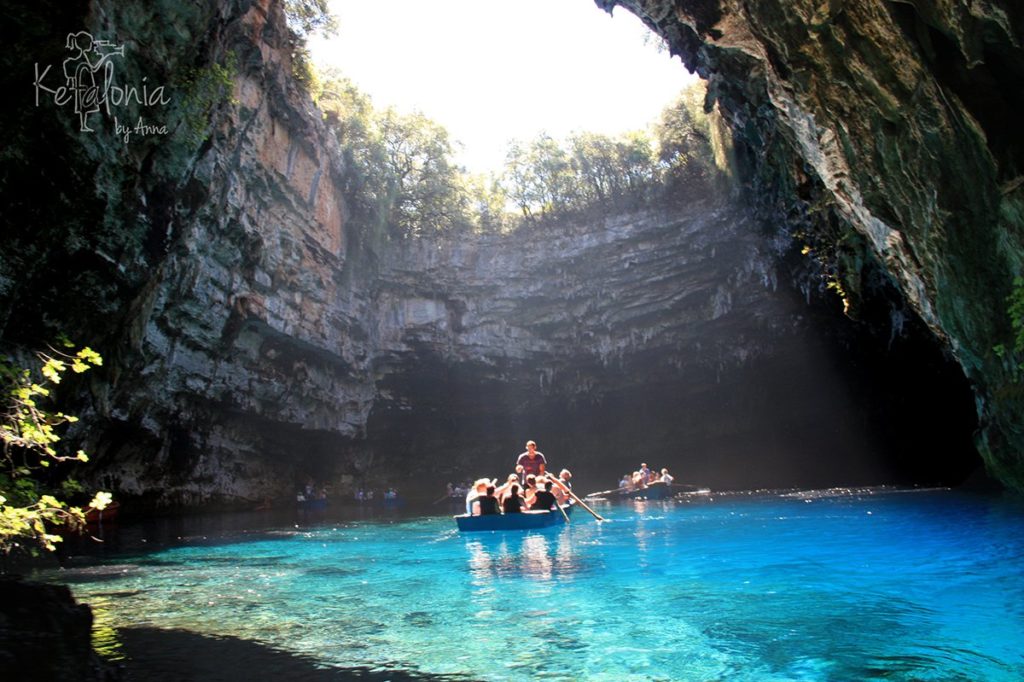 Between August 5 and August 15 in the village of Markopoulo hundreds of small (harmless) black snakes appear in and around the courtyard and bell tower of the The Church of Panagia (Virgin Mary). The Holy Snakes of the Panagia have a small cross on their head and their tongues are also in the shape of a cross. The myth surrounding the snakes dates back to 1705 when the church was attacked by pirates. The nuns prayed to the Virgin Mary for protection and were transformed into snakes as to avoid being taken by pirates. Therefore local villagers consider the snakes to be holy, collecting them and placing them on the icon of the Virgin of the Snakes. Locals have also recorded the absence of the snakes during World War II and the year of the island’s destructive 1953 earthquake in August, because of this if the snakes fail to show by August 15th it is considered a sign that something wicked is approaching. Have a look at our day trip there. 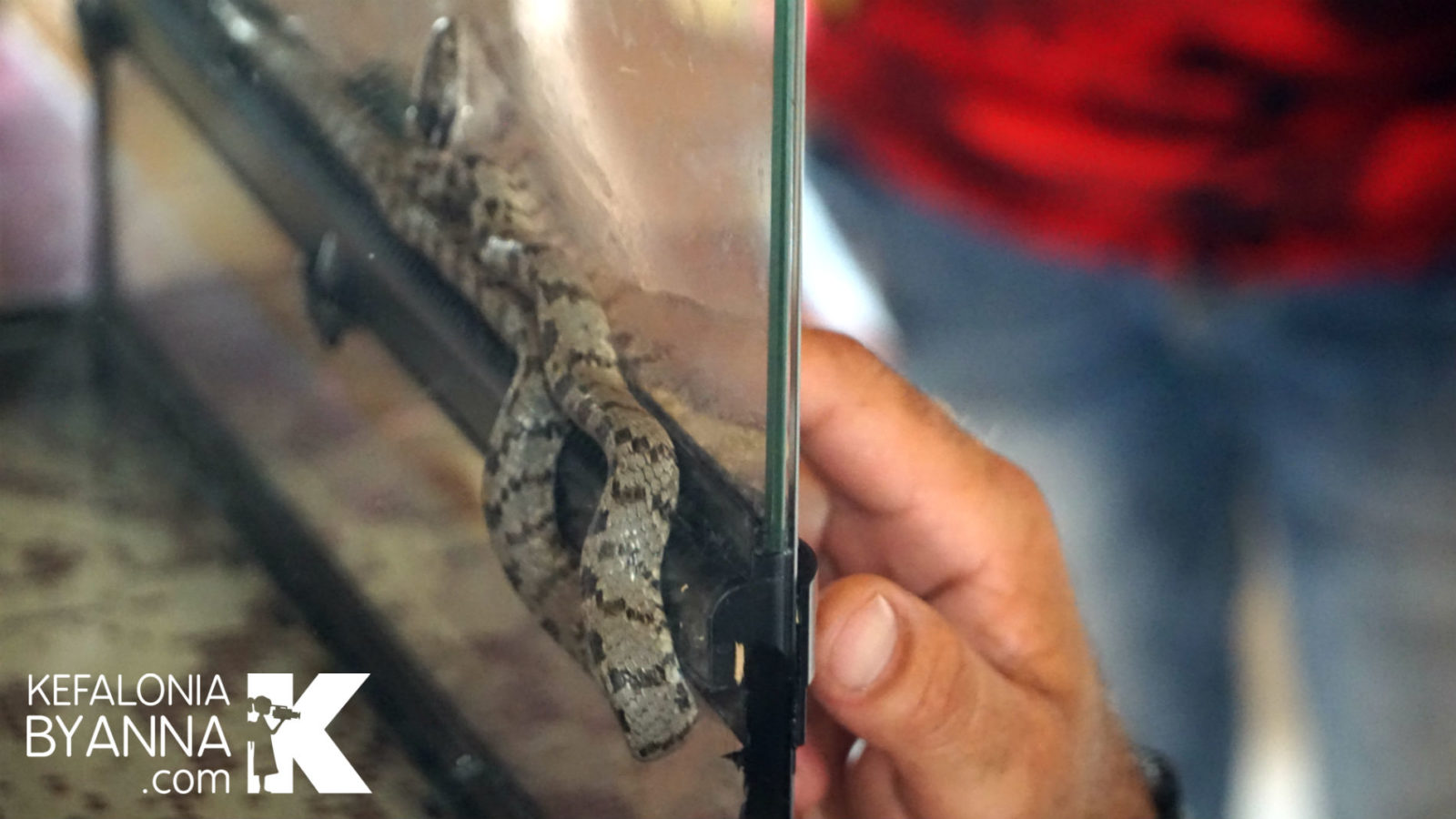 You may be surprised to see a glint of golden coloured teeth in the goats and sheep that graze on the slopes and cliff sides of Agia Dynati, Pylaros. This magical, natural phenomenon is produced by the elements in the soil and vegetation that they graze on – it’s not real gold! It is said that these animals do not need water from October until May if they keep their mouths open to catch the humidity of the winter air! 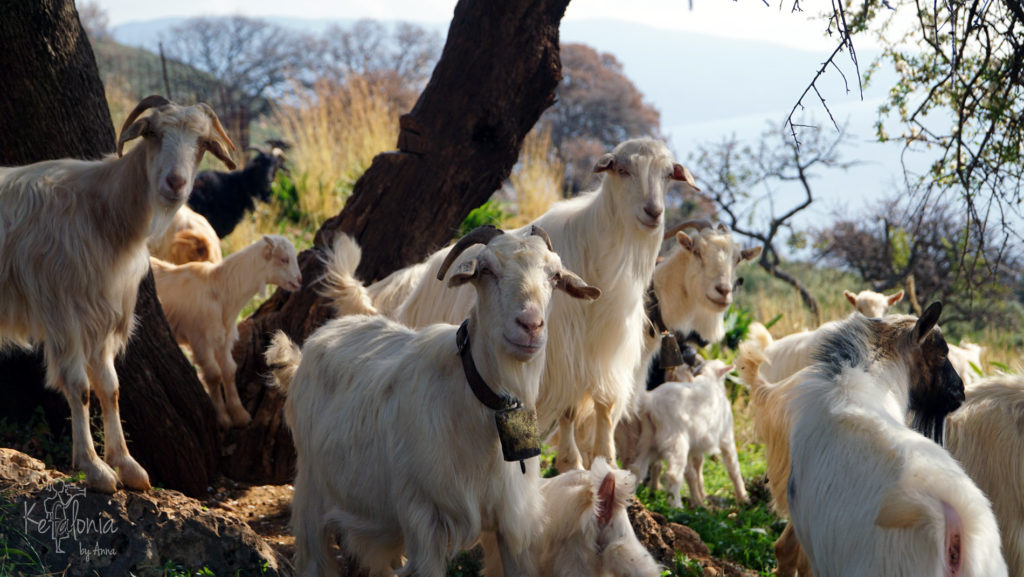 The re-flowering lilies of Kefalonia

Traditionally the women of the island pick lilies in May of each year to place on the icon of the Virgin Mary in Pastra. The icon, found in 1720, is called Panagia Gravaliotissa or “the Lady with Lilies”. Normally when the cut stems dry the lilies would be unable to bloom again…but around three months later on 14th August the lilies that were placed on the icon will fully flower again and as soon as the Divine Liturgy of the Dormition of the Virgin is over, the priest shares them as a blessing to all. Have a look at our day trip there. 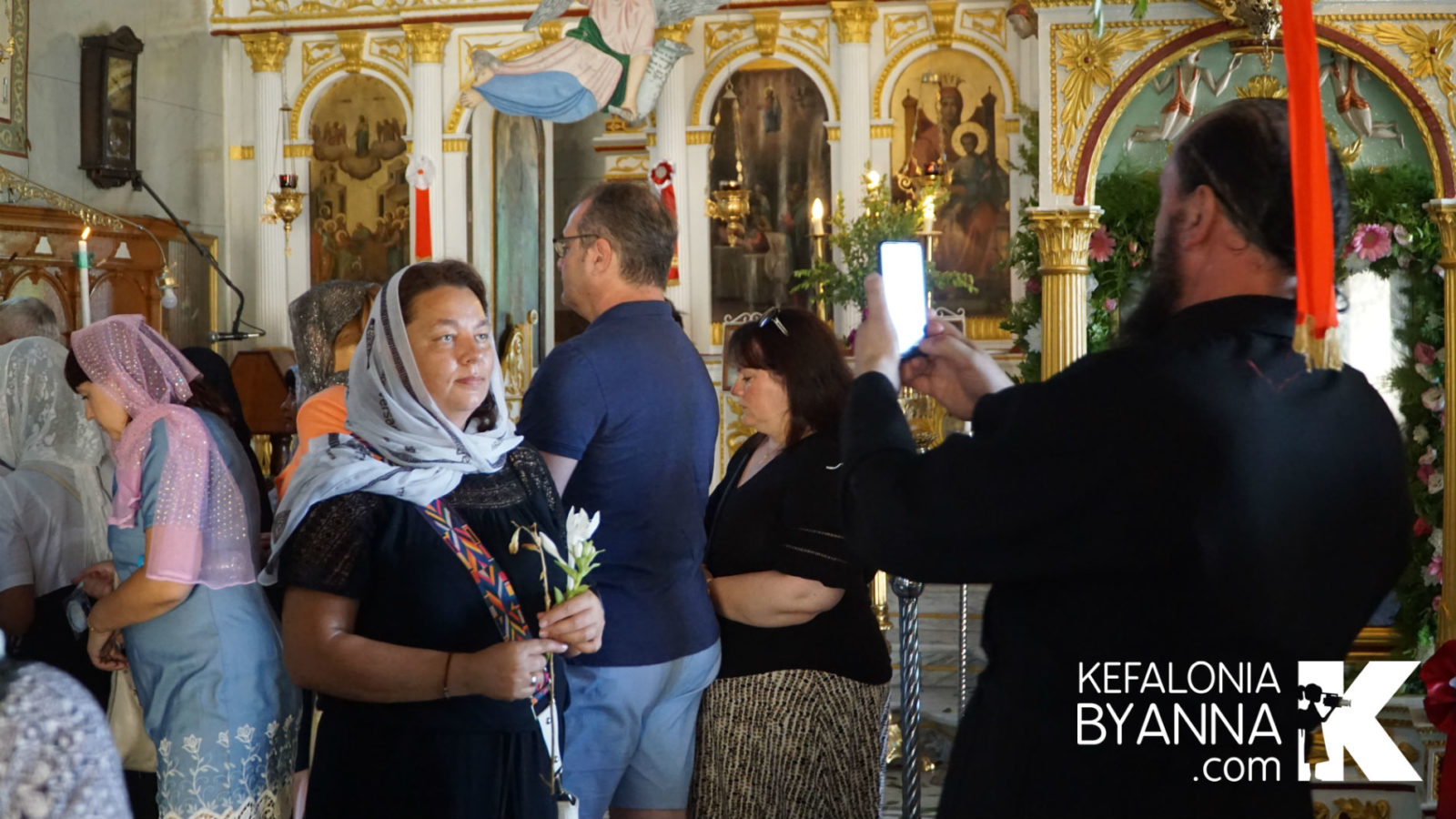 Many native Kefalonians are called Gerasimos (often shortened to Makis/Gerry) named after Saint Gerasimos our patron Saint. The body of Saint Gerasimos has never decomposed, having been buried twice and then exhumed intact leading the Orthodox Church to ordain him. His body is made available for worship at the monastery, and local legend proclaims that sometimes seaweed is found at his feet where he has visited his friend St. Spyridon on the neighbouring island of Zakynthos (Zante). 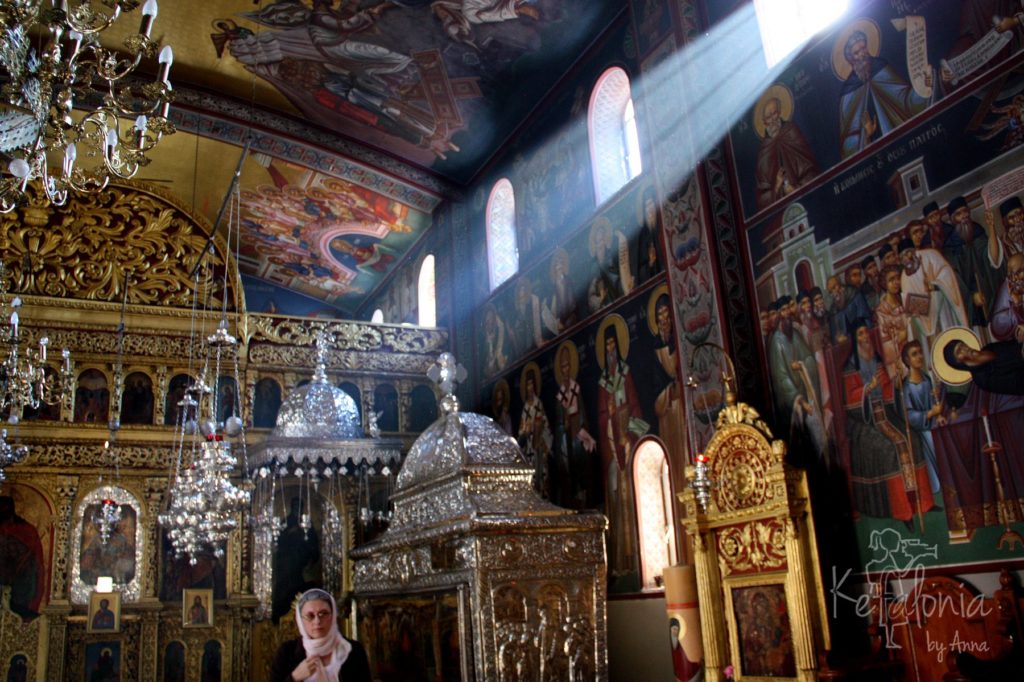