Melissani Lake opened to the public in 1963 and is located northwest of Sami village near Karavomylos. The cavern caved in several thousand years ago creating an amazing sight. Although the cave is about 500m from the sea its water level is a meter higher than sea level, and the brackish water rises from a 30m deep cave system on one side of the cave and flows to the other end, through narrow crevices, into the sea. Scientists have discovered by dye tracing experiments in 1959 that the water travels from Katavothres, on the other side of the island, and comes out here.

The best time to visit the lake is when the sun is right overhead around noon (depending on the season) when the sunlight rays strike the water, creating a magical blue light atmosphere.

Mythology mentions that the cave was named after one of the nymphs, called Melissanthi who committed suicide because the God Pan was not responding to her love. The excavations carried out in 1951 and in 1962 brought to light artifacts (an ancient lamp, plates and figures of the nymphs and of the God Pan) dated to the 3rd and 4th century BC that were used during the post classical periods. 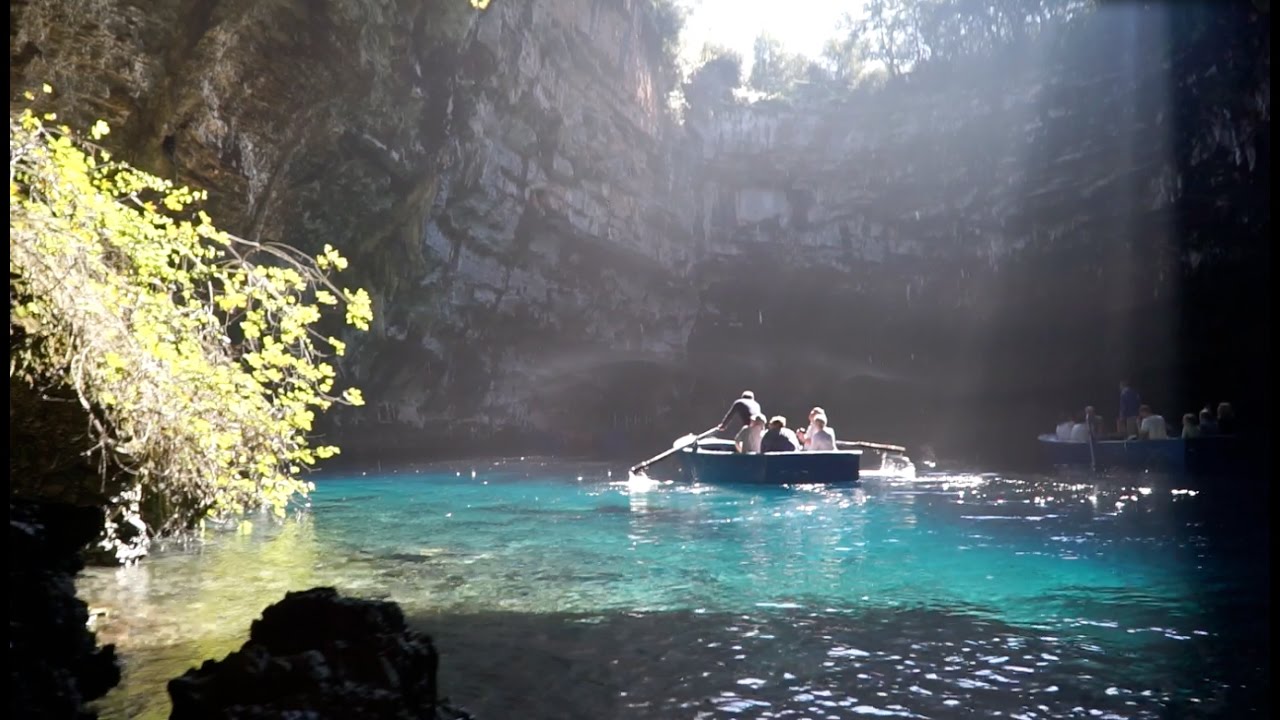 You tour the lake by manned row boat (have a look at the following video). You first enter the open-air chamber and then you pass through a narrow channel to the second chamber that is a big cavern with numerous stalactites and stalagmites.

The opening period is normally from Easter to October, but if you are travelling close to these dates, ask before you go.

For the summer season 2022, the cave will be open to the public every day from 10am to 14pm from the 9th of April. 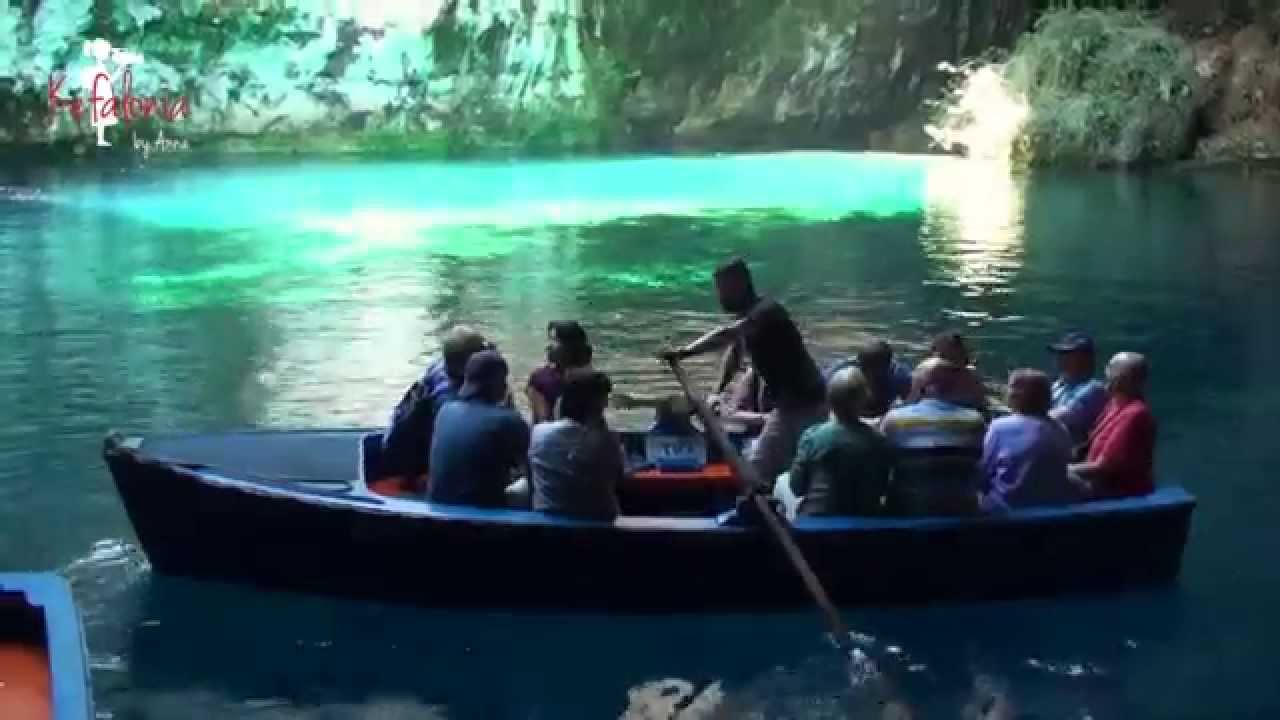