On the edge of the present village of Skala,  is the remains of a 3rd-century Roman Villa with some remarkably well preserved mosaics.According to the evidence, this villa was constructed in the 3rd century AD and belonged to a wealthy Roman. On the floor it has interesting mosaics. One of these mosaics depicts an altar with a sacrificial bull, while a man is about to kill him. Another mosaic shows the god Envy attacked and eaten by four wild animals: lion, tiger, panther and leopard. In the early Christian times, a church was constructed over a part of the villa. This ancient site is small and a short walkway has been constructed along it for visitors. The villa was discovered by accident in 1944 by the owner of the land. Excavations started in 1957. The traveller can visit the site free of charge. 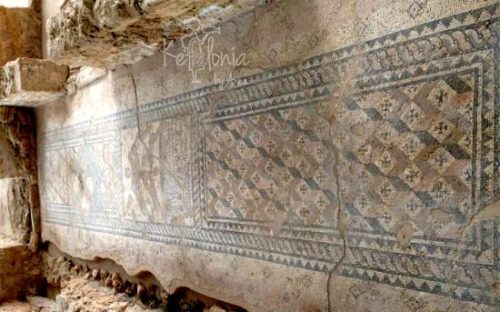