The flora of Kefalonia Island is particularly rich, thanks to the high habitats diversity. The number of flora species in the National Park of Ainos alone is estimated to be around 400, with around 1200 species and subspecies recorded throughout the island! Kefalonia Island had triggered naturalists’ and researchers’ interest, who performed botanical explorations even by the end of the 19th century.  Although the most original and undoubtedly the most official report on the flora of Cephalonia comes from the Municipality of Pronnoi (4th century B.C.). It is about the representation of a Fir cone (obviously of Abies cephalonica), which is depicted on the one side of a copper coin from this classical city of Cephalonia, as well as a cone (in all probability of Pinus halepensis) on another coin of the same city.

The Cephalonian Fir Abies cephalonica received its name from the island of Cephalonia, because the species specimens, which were used for its scientific description as a new species, came from Mt. Ainos of Cephalonia. They mature by the end of autumn and then disintegrate, dispersing their seeds. It blooms during May and June. It forms beautiful, dense forests of great ecological, aesthetic, economic and protective value. 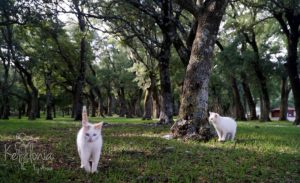 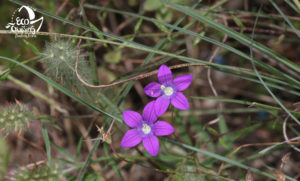 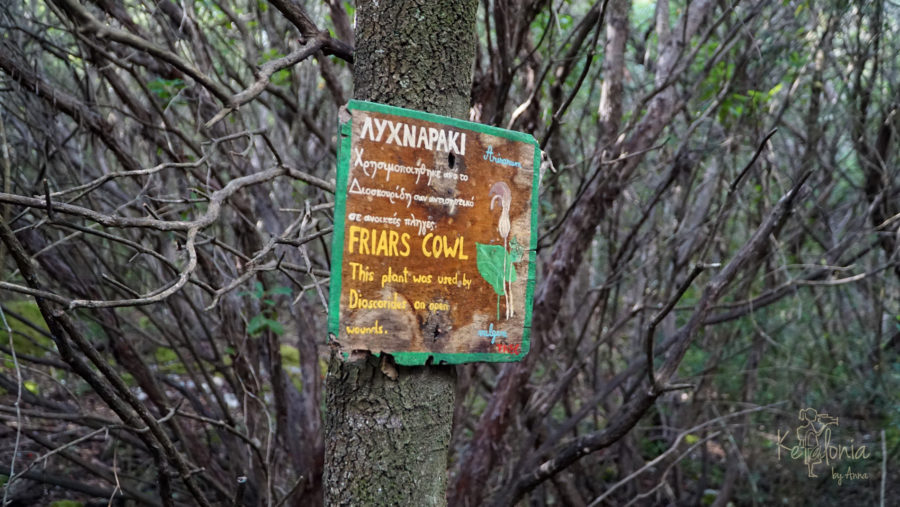 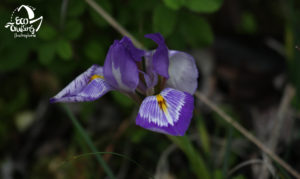 Hidden amidst the forest of Abies cephalonica 68 individuals of Pinus nigra have been found so far. In this specific, isolated case and in accordance with the IUCN criteria, these few individuals, representing the subsp. nigra in Cephalonia must be classified as Endangered (EN). The black Pine on Mt. Ainos mature in October-November during the second year after blooming. The seeds are dispersed during the next spring (March-April).

Two more rare forest species of Mt. Ainos are Ostrya carpinifolia (European hop-hornbeam ) and Quercus ithaburensis subsp. Macrolepis (Valonia Oak). They also appear scattered in various locations on the island with at most one or two individuals in each location.

Once upon a time mature forests of Quercus ilex (Holm Oak), existed on the island. Today only residual elements, i.e. solitary Holm Oak individuals or small clusters of few individuals are found on Mt. Ainos, as well Quercus ilex participates today as a key component in the evergreen, sclerophyllous shrub form. The same applies to the second Quercus species of this zone, i.e., Q. coccifera. A typical residue of the primitive forest of Quercus coccifera (Kermes Oak) occurs at the Monastery of “Themata” of Mt. Agia Dynati. At lower altitudes of the mountain, i.e. up to 500 m, Q. coccifera constitutes small groups, more or less dense, which take a semi-arboreal form. 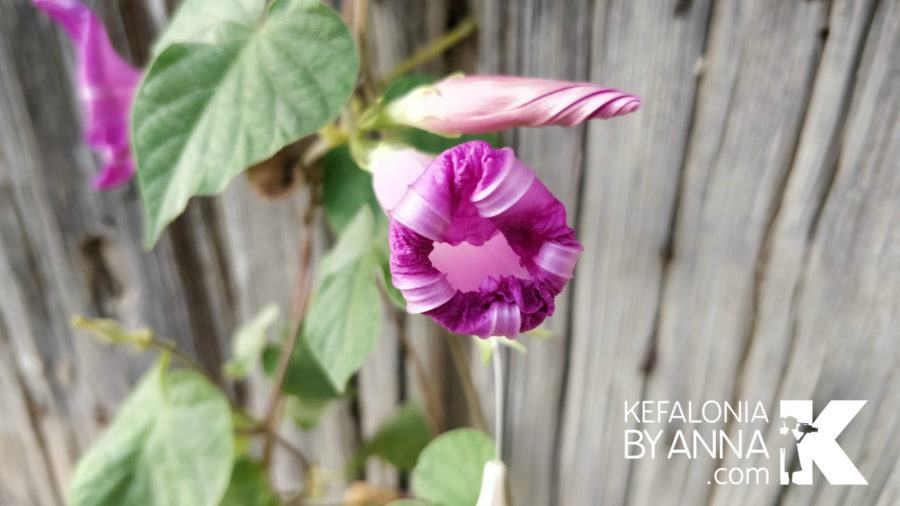 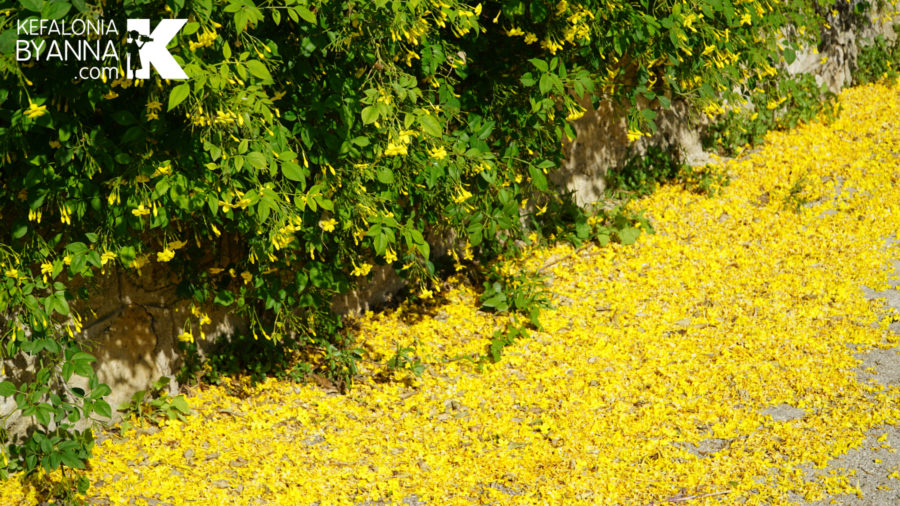 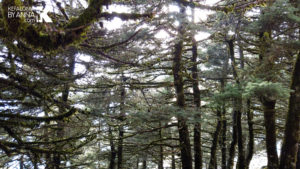 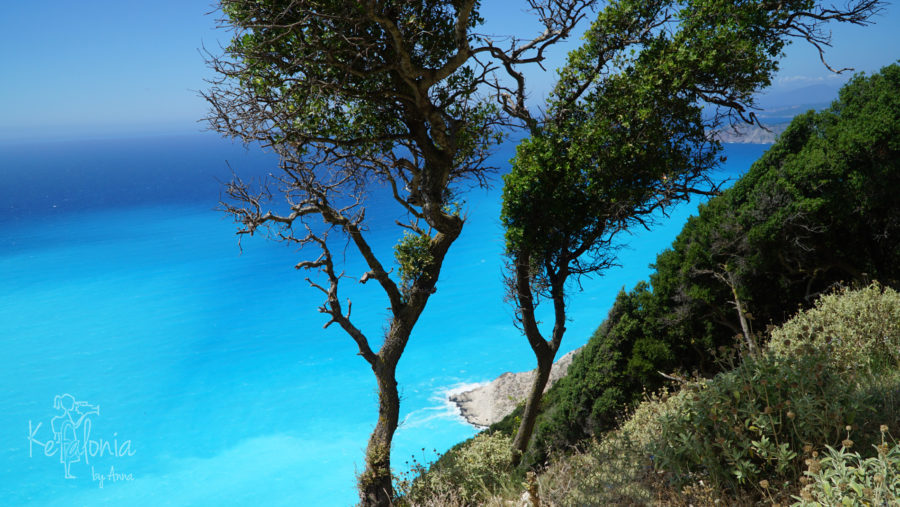 As for the endemic species of Cephalonia, these are Scutellaria rupestris subsp. Cephalonica, Viola cephalonica (both of them flowering at the end of May till July) and Ajuga orientalis subsp. Aenesia. Endemic species of the Ionian floristic region that also occur on Kefalonia are : Acis ionica, Allium ionicum, Campanula garganica subsp. Cephallenica (characterised as Vulnerable (VU) according to the IUCN criteria) Centaurea subciliaris subsp. Subciliaris, Cerastium illyricum subsp. Illyricum, Fritillaria messanensis subsp. Gracilis, Galium ionicum, Paeonia mascula subsp. Russoi (assessed as Near Threatened (NT), according to the IUCN criteria), Saponaria aenesia (Endangered), Silene ionica and Thymus holosericeus. 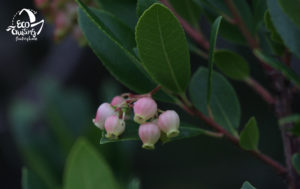 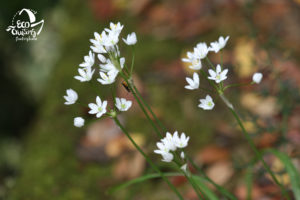 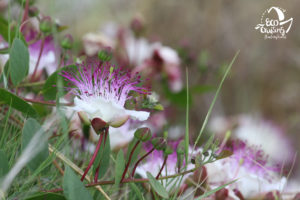 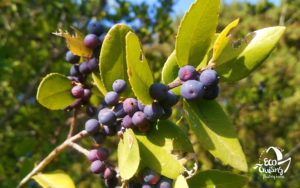 Finally, there are many types of orchids here. In total, 58 orchids (species and subspecies) have been recorded in Cephalonia, whereas on Mt. Roudi and Mt. Ainos the combined number is 25 taxa. Although narrow endemic orchids of the above area do not exist, the orchid flora of the island consists of Ionian endemics Ophrys cephalonica and Serapias neglecta subsp. Ionica. as well as of species Cephalanthera damasonium, C. rubra, Dactylorhiza saccifera, Epipactis helleborine, Neottia nidus-avis.

Read about Fauna in Kefalonia and our introduction to Biodiversity on the island.