Cheeses, milk and yogurt produced on Kefalonia are delicious because of the high percentage of aromatic wild herbs present in the diet of the animals.

The most frequently used cheese in the local kitchen is White Kefalonian cheese (traditionally named everywhere on the island as Féta, but since 1994 “Féta” has become a protected designation of origin product, so only some cheeses produced in some parts of Greece can be called “Féta”). This white kefalonian cheese is a white, brined curd  made from sheep’s and goat’s milk. It matures for at least three months in brine-filled barrels. It is produced in both hard and soft form and the flavor is slightly acidic and characterized by aromas from the pasture grasses and herbs. It is still a strong tradition for a lot of islanders to produce this cheese at home for private consumption, this normally is done by using traditional rennet, while the production from dairy factories is made using a commercial kind of rennet due to the recently European legislation. 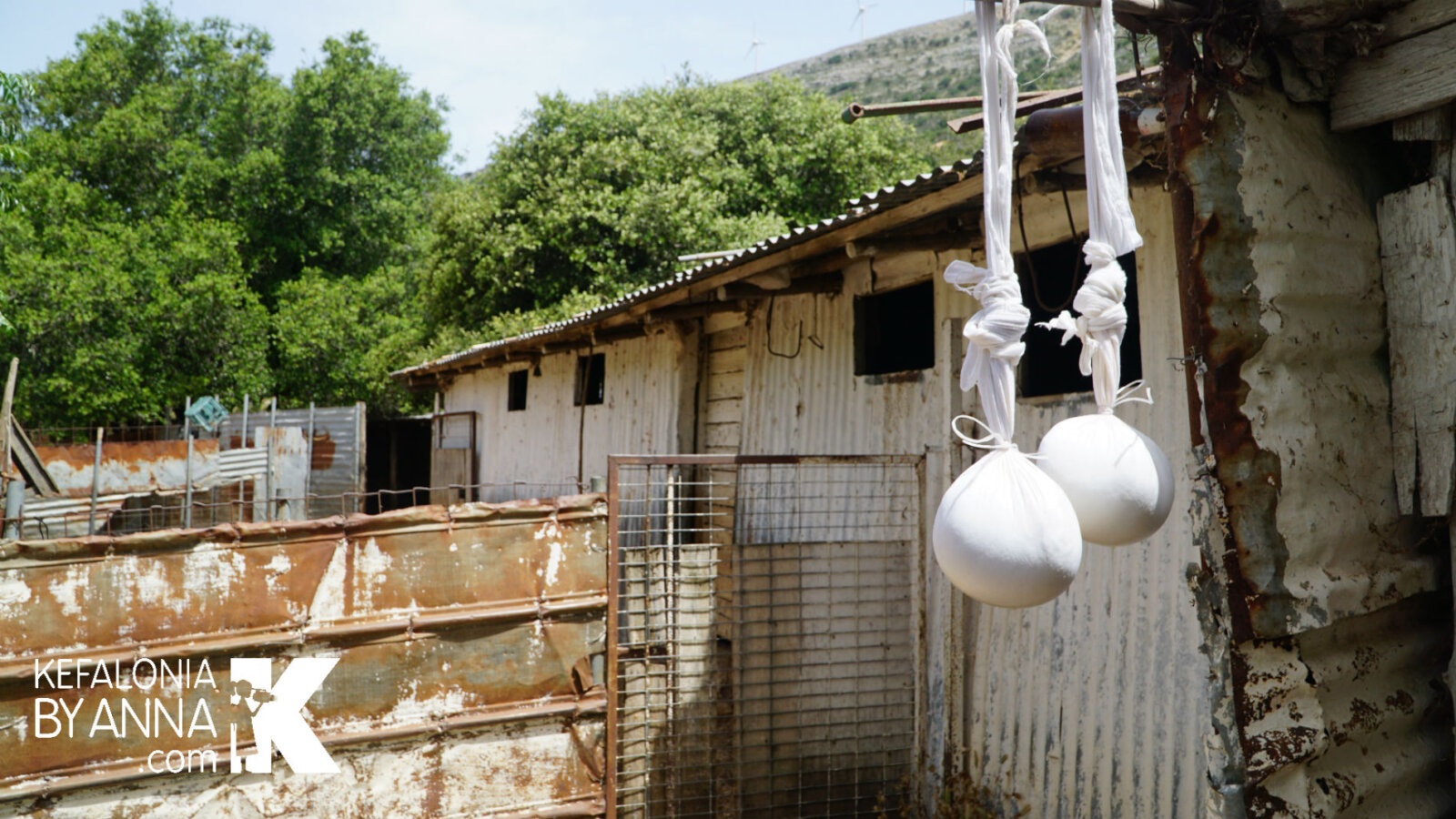 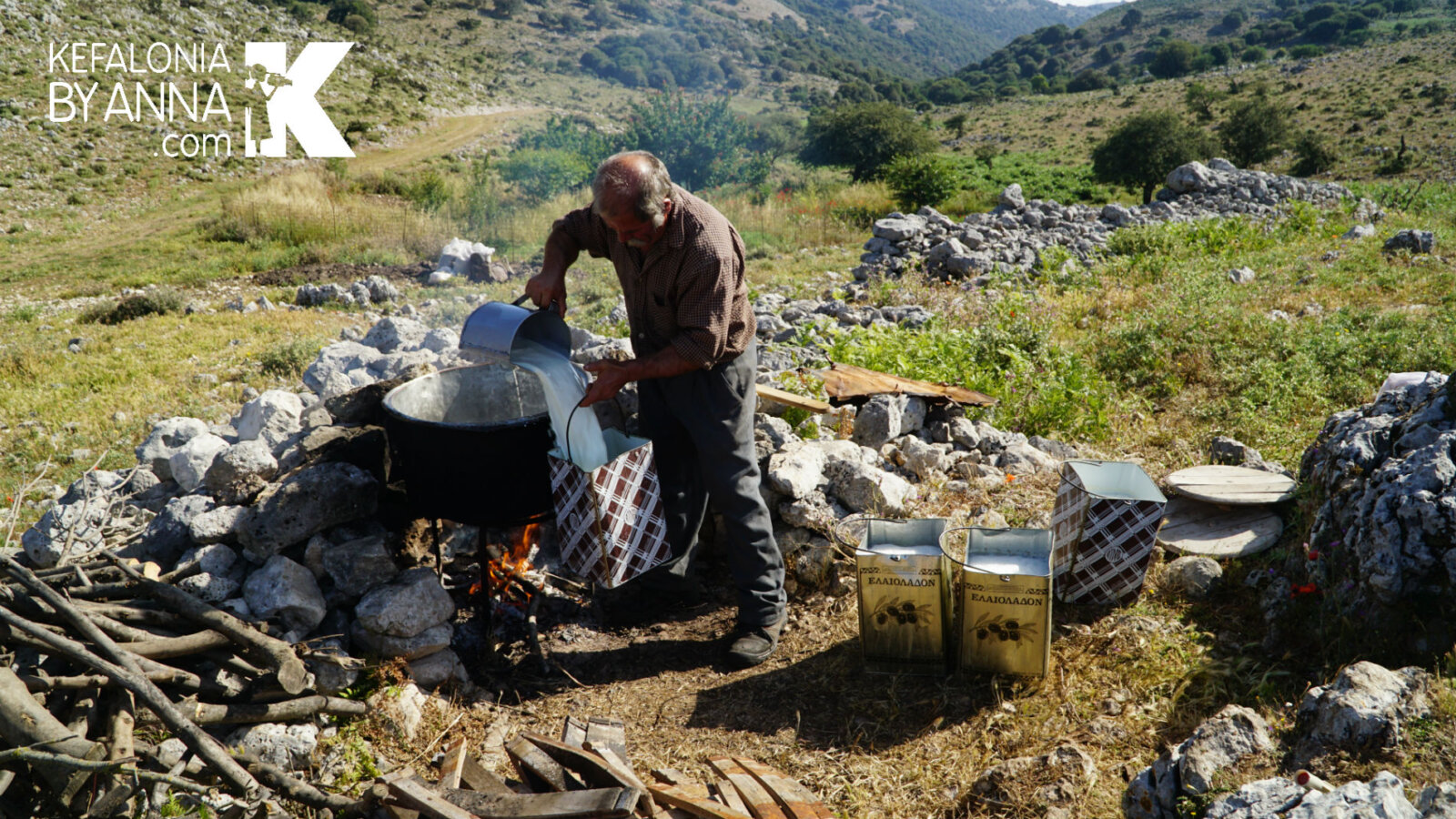 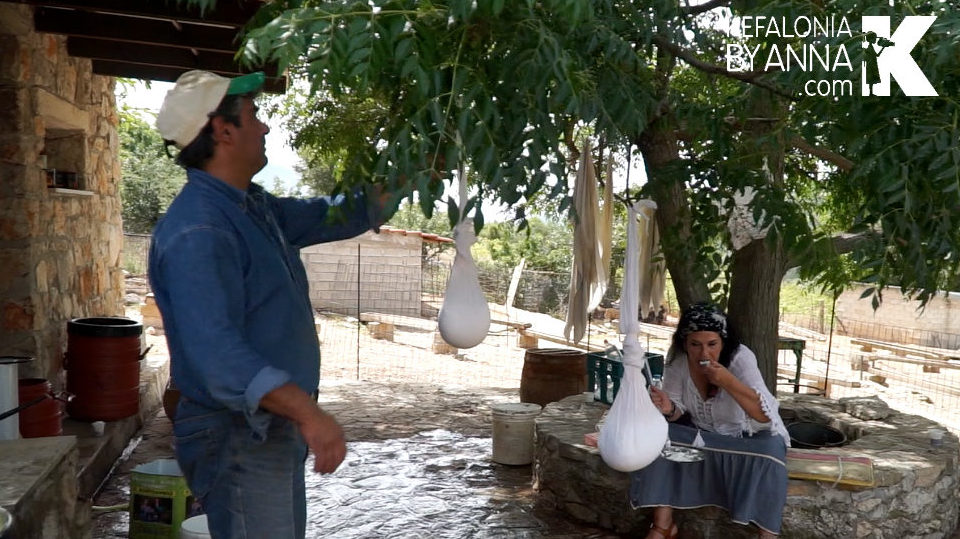 Others famous cheeses of the island are:

YOGURT
Strained yogurt (strangistó giaoúrti) traditionally made from sheep’s or goat’s milk is used in the Kefalonian cuisine mostly as the base for Tzatzíki dip and as a dessert, with honey and walnuts or served with sour cherry syrup, or spoon sweets (Glykià tou koutalioú) or often served on top of some savoury dishes like as Kolokythokeftédes (zucchini fritters) and Ntomatokeftédes (tomatoes fritters).