In September 1943, following the Italian Armistice,  5,155 soldiers from the Italian 33rd Acqui Infantry Division were massacred by the Germans on the island. The massacre began on the 21st September and lasted for one week. A further 3,000 soldiers drowned after the German ships carrying them away from Kefalonia to concentration camps were lost at sea. It was one of the largest prisoner of war massacres of the Second World War.

“The Mediterraneo Exhibition” in memory of the Acqui Division, is located next to the Catholic church in Argostoli, where pictures, newspaper articles and documents telling the story of the massacre are displayed. The museum is maintained by Kefalonia’s Greco-Italian Society. 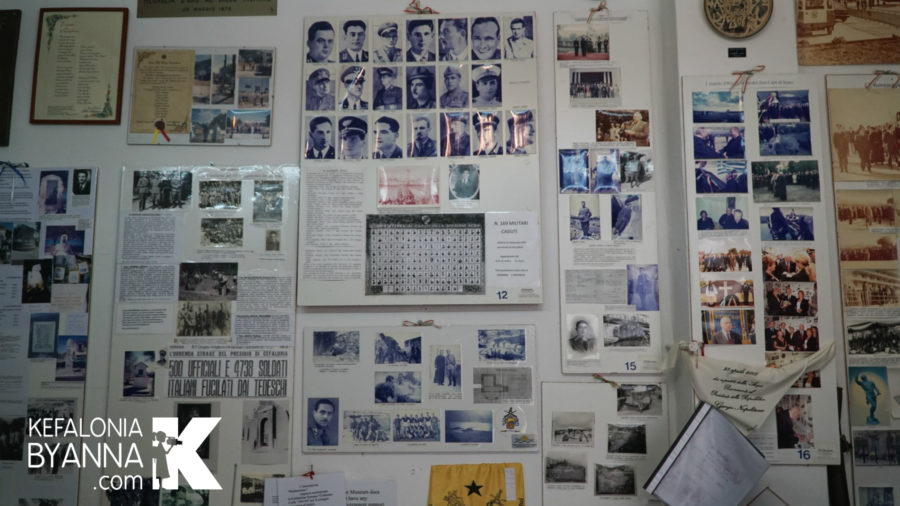 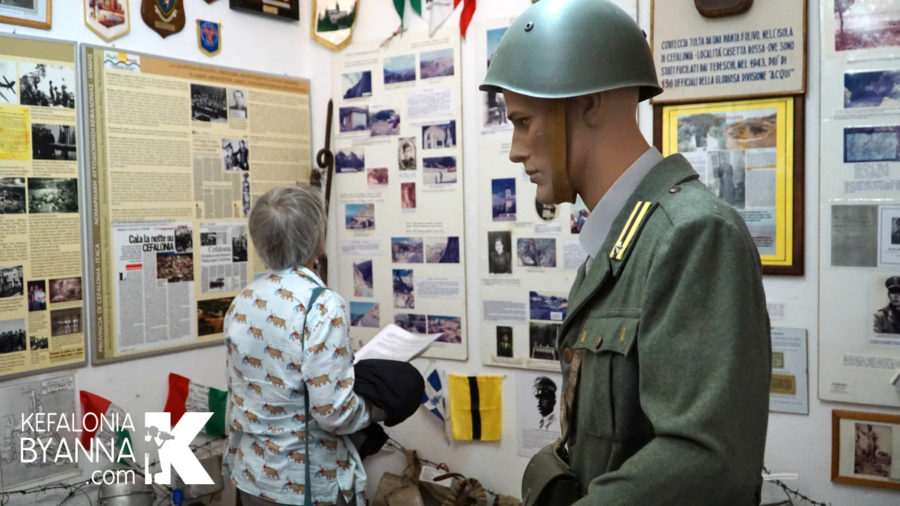 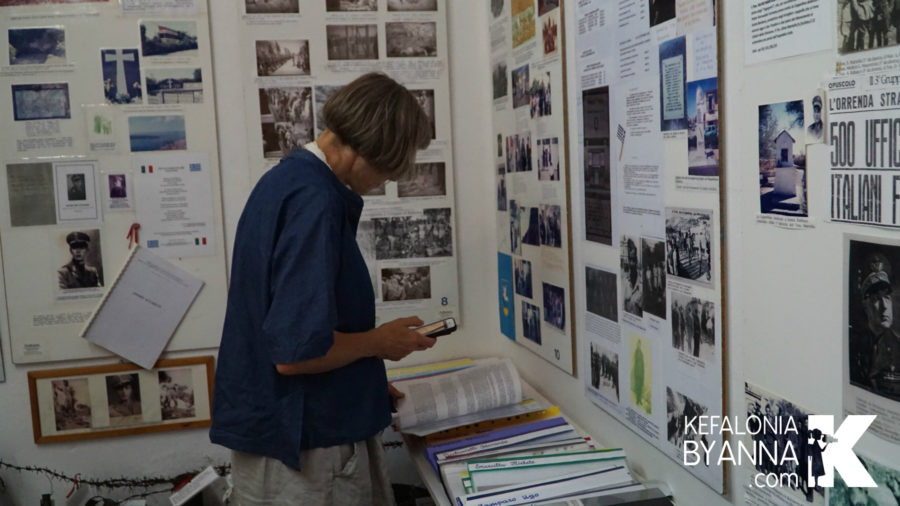 The massacre provided the historical background to the novel Captain Corelli’s Mandolin, filmed on location in Kefalonia and later becoming a Hollywood movie.

A moving memorial was erected to commemorate the  9250 soldiers who died during battle, were executed, or died during transportation to concentration camps. There are several plaques, one reads; 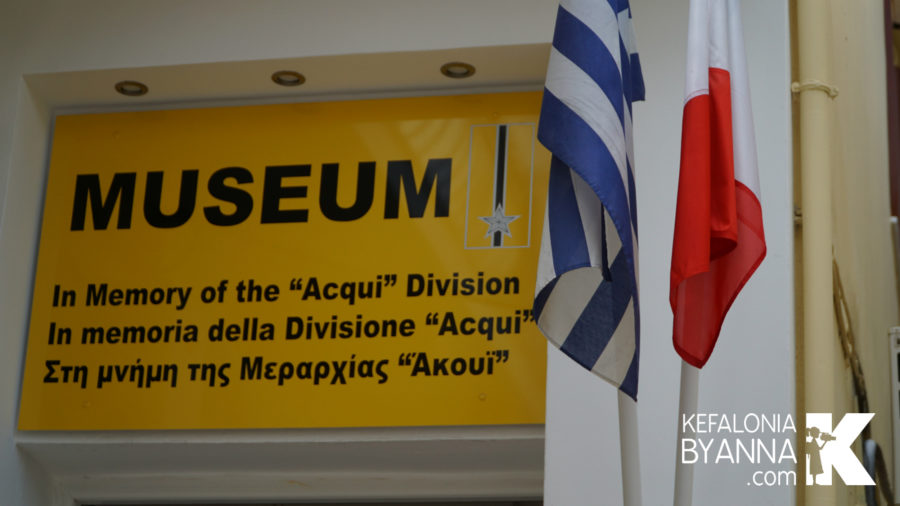 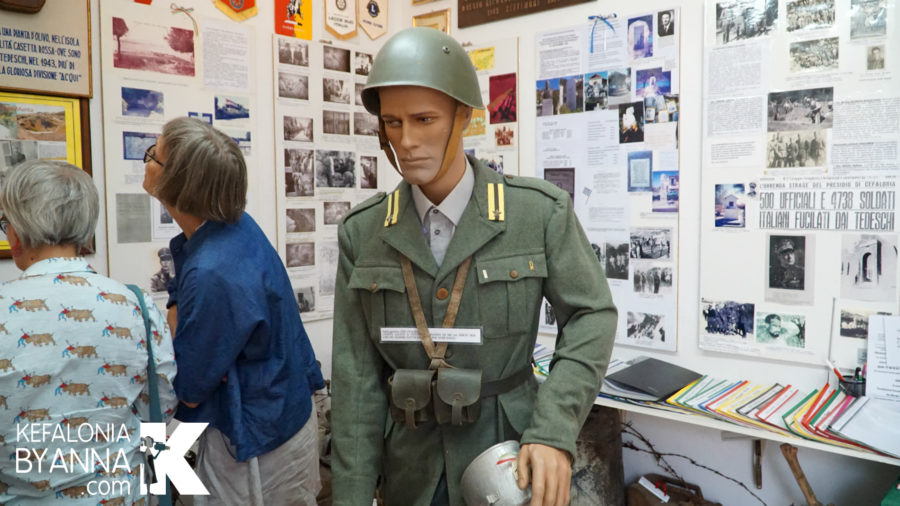