“The Battery Trail” is one of the three walking trails in Fiskardo that were recently organised by “Asteris” club along with the Panhellenic “Greece’s Paths” team.

From Fiscardo, take the dirt track running through Larni gorge. In the forest you can see  the lower section of a temple-shaped mausoleum built by Roman colonists or Greek pagans. 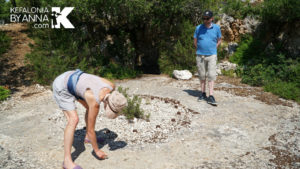 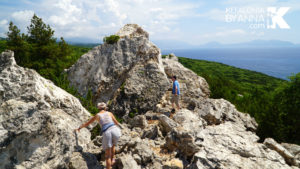 Continuing along the track you will reach the abandoned old buildings in the traditional village of Psilithria. The narrow street through the village takes you towards Gratsiantata – the highest section, sunset from here is particular spectacular. You pass the 18th-century church of the Panagia Platytera before reaching Frapata where the winding path becomes paved leading to the Battery.

Construction of the Battery was started in October 1943 by the Germans who installed four naval canons to control the Ionian. The batteries were connected with tunnels and used to store ammunition. Unfortunately all that remains of the batteries are the tunnels and the base cement base the guns. 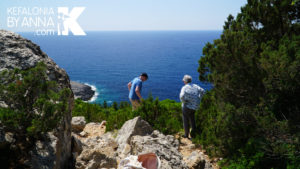 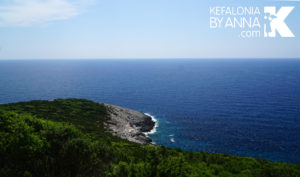 The German-built  path continues  to Antypata ( from here you could take a detour to swim at Dafnoudi or return to Fiscardo via Germenata) the main path head towards the beautiful little cove of Kimilia beach through a forest of arbutus (strawberry trees).

Continuing you reach the  larger beach at Emblissi Beach, it’s a good place to stop for a swim! From the beach the last part of the trail takes you through the grounds of  Emelisse hotel and back to Fiscardo