Unique views from the old capital!

If you are spending a day in the area of Argostoli and you want to visit a historic landmark with great views, take your car and drive approx 7km, to the 320m high peak above the villages of Peratata and Travliata where signposts show visitor the way to Saint George’s Castle. 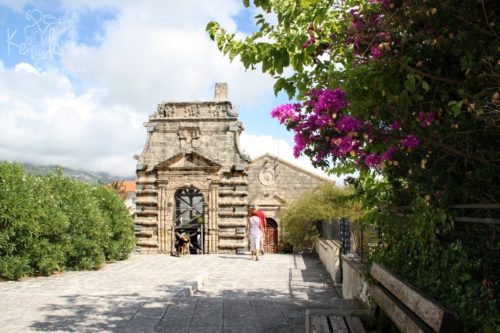 You will need to park your car approx 600m from the entrance of the castle where you can walk around the beautiful village of Kastro with traditional houses and amazing views.  It is worth visiting the ruins of the medieval church of Evangelistria, which dates from 1420, and the church of Agios Theodoros, which is even older.

The original castle dates back to 11th century (Byzantine) but most of what is seen today comes from the Venetians who took it from the Turks at the end of 1500 with the aid of the Spanish and the Kefalonians.

The Venetians fortified the castle walls with the use of forced labour and shipped in Venetian craftsmen to build a small town in the front of the castle in the area called the Kastro.

A ‘borgo‘ or suburb was built in the front of the castle and this is the area called Kastro. The work was carried out by 40 Venetian craftsmen and local forced labour. 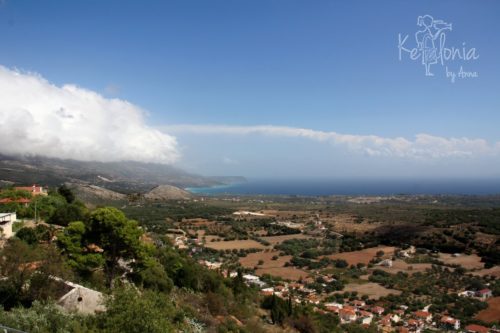 The road leading to Argostoli from the castle was named Strata Communa and runs behind the hill which was planned to ensure that it would not be seen by passing ships.

Work on the castle was completed in 1545 and it covers an area of 16,000 square metres and is enclosed by 620 metres of walled fortifications.

The castle became the effective capital of Kefalonia until 1757 when it was transferred to Argostoli.

The castle is usually open to visitors all days except Mondays, with the exception of Monday 5th June. The entrance for all visitors is free. Visiting hours, for the summer season 2019, are 8.30am to 15.30am every day except Tuesdays.  Take hats and water as there is not much shade around. You may also wish to take a torch to explore some of the darker recesses of the castle.

After a walk around the castle you can sit in one of the cafes in the village and enjoy the views. 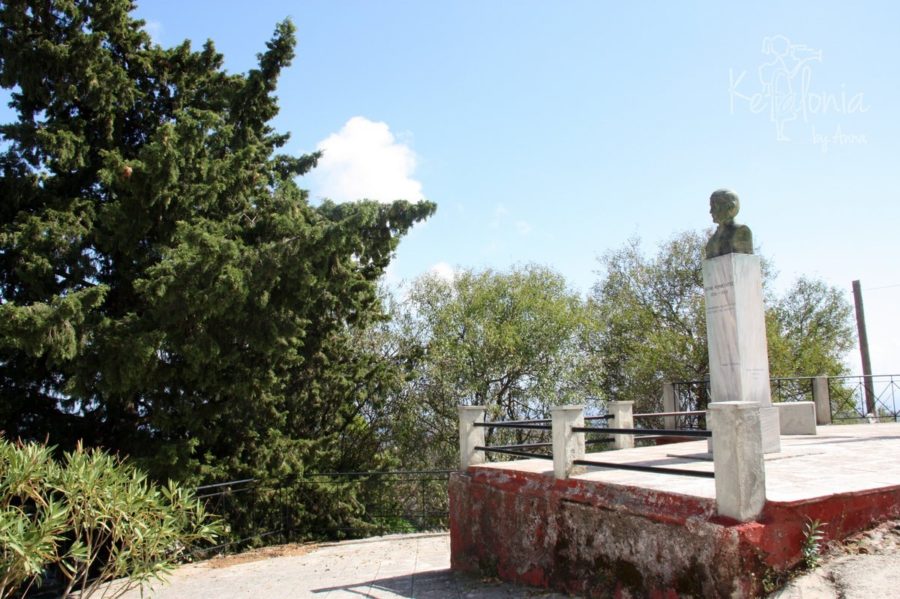 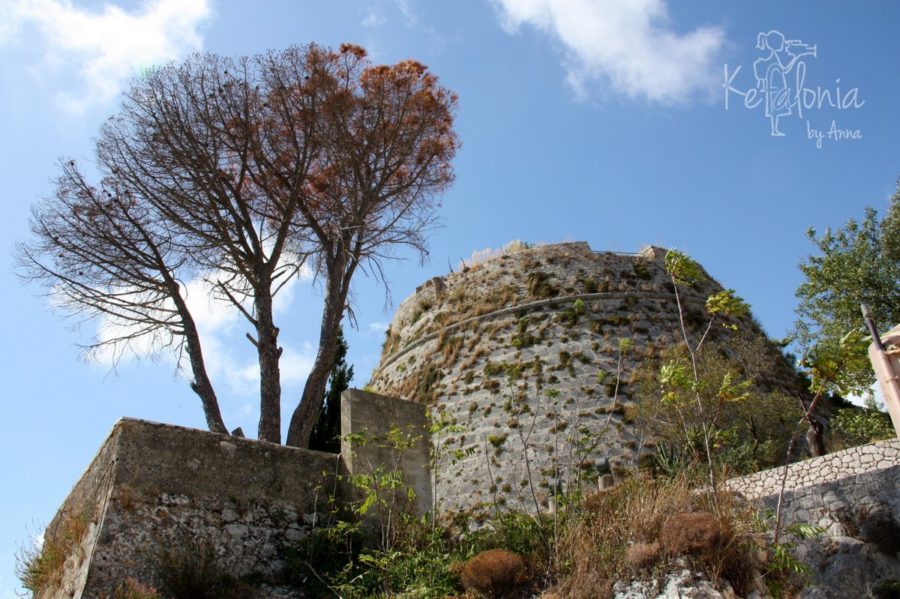 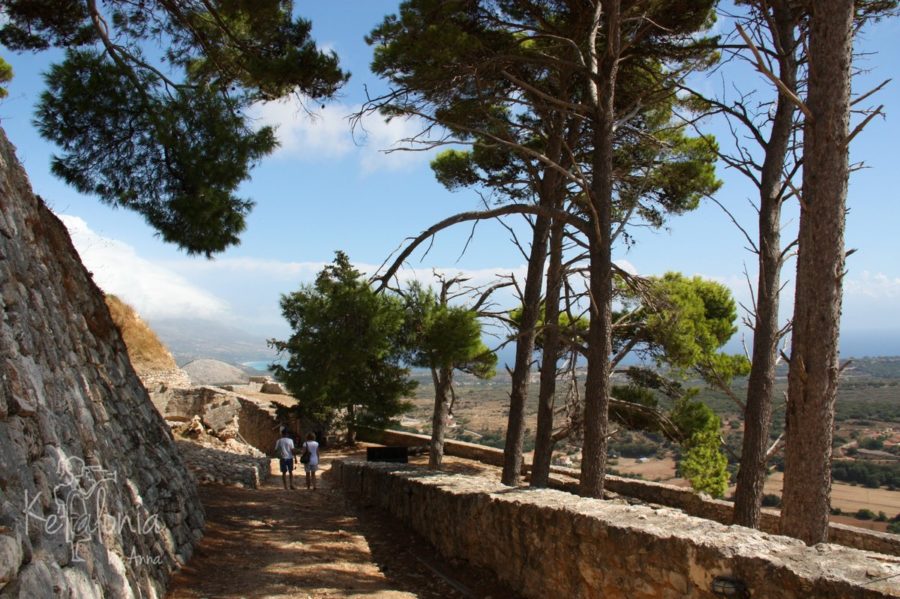 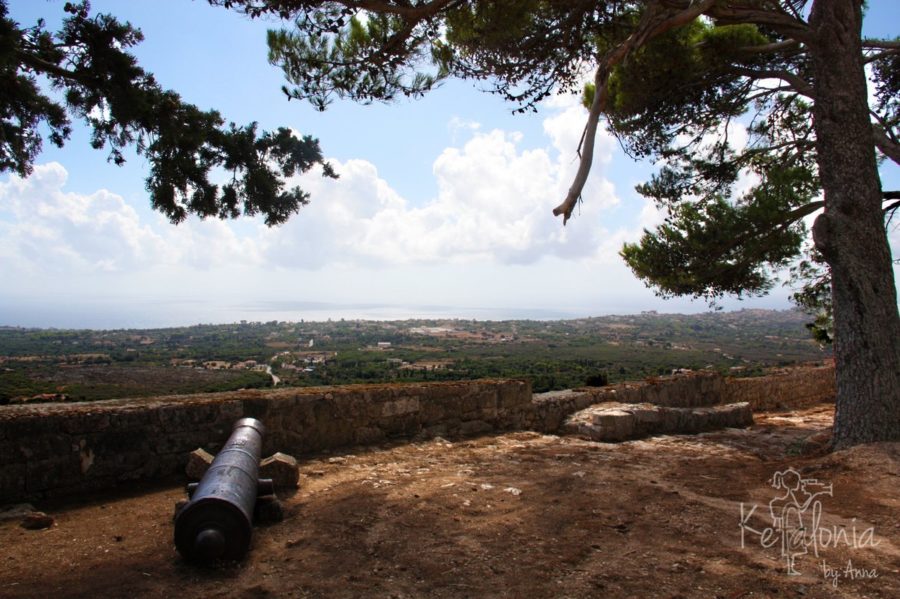 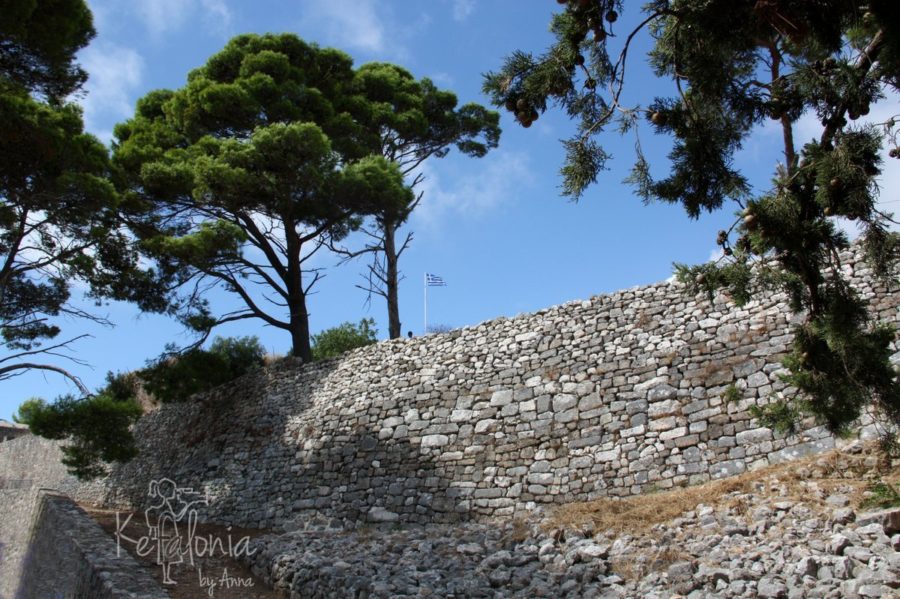 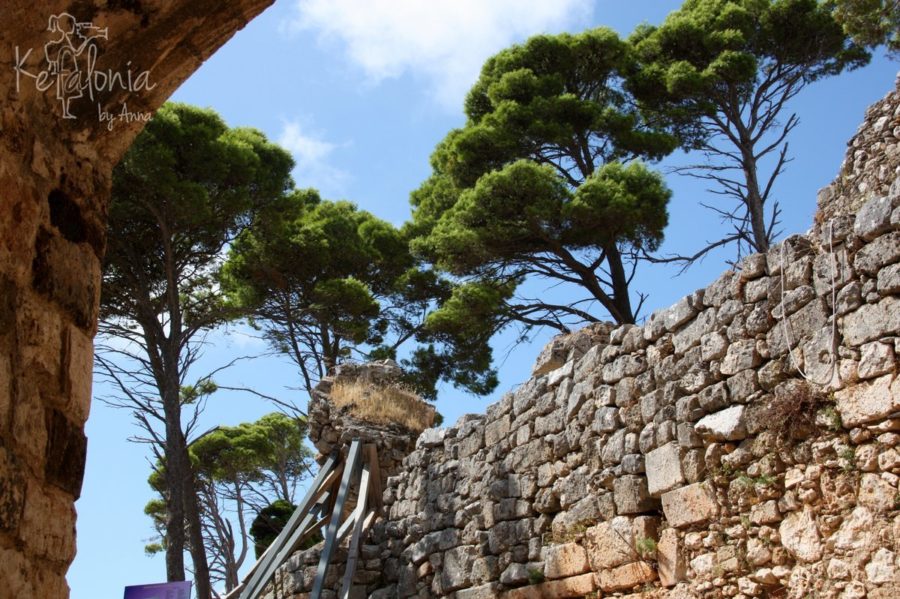 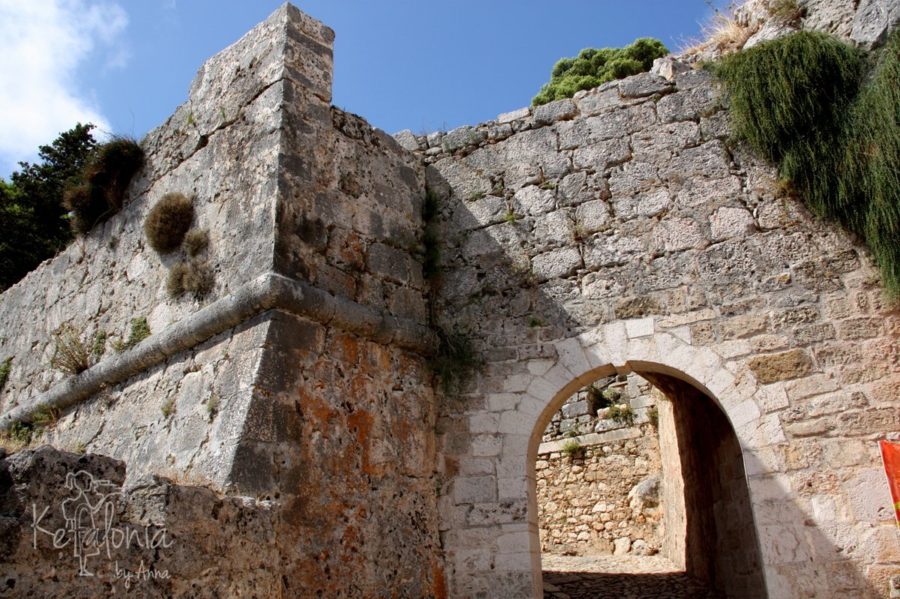 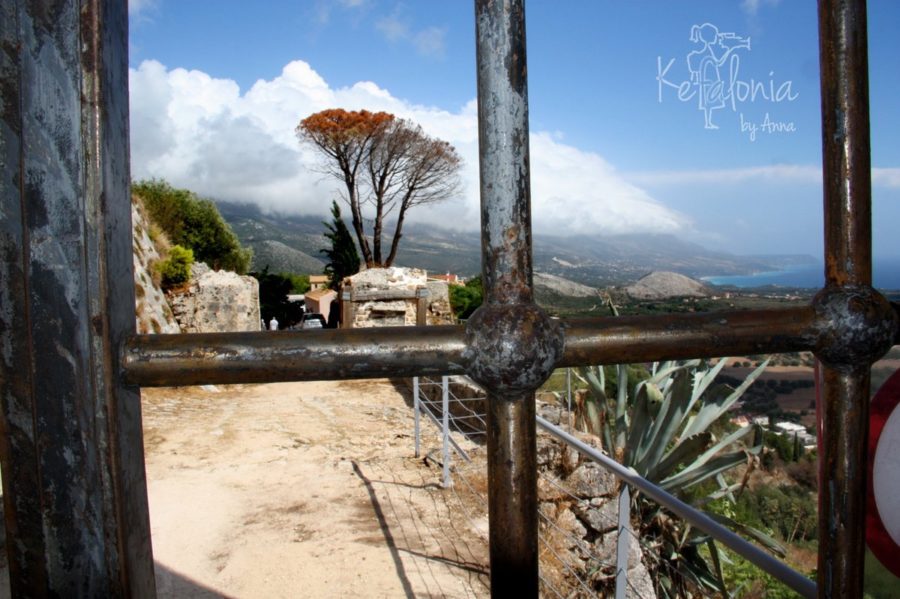 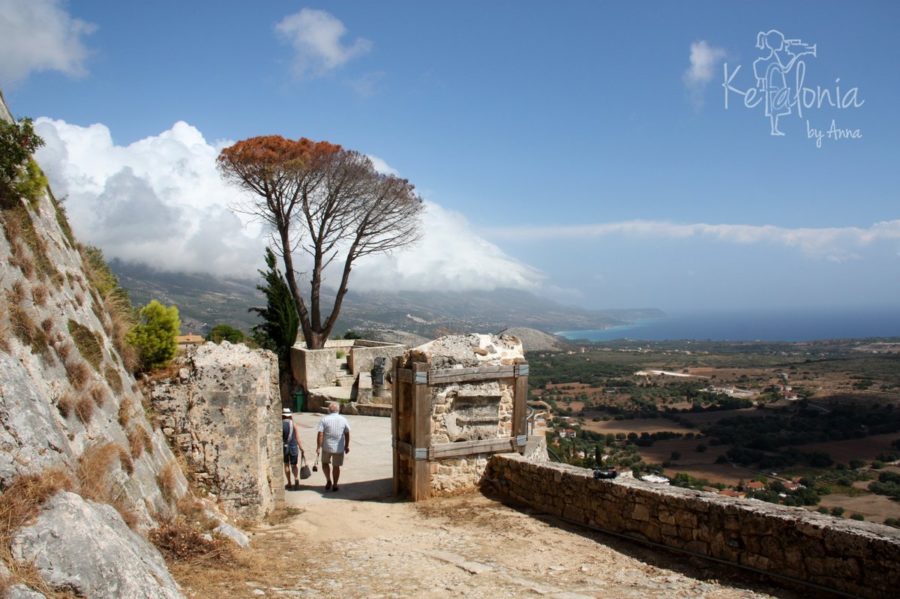 View from the interior of Saint George’s Castle 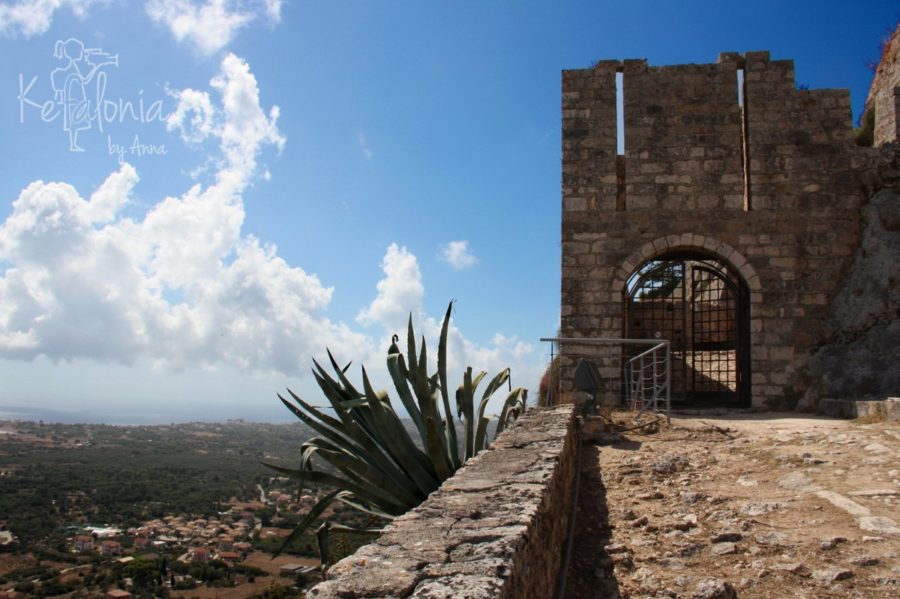 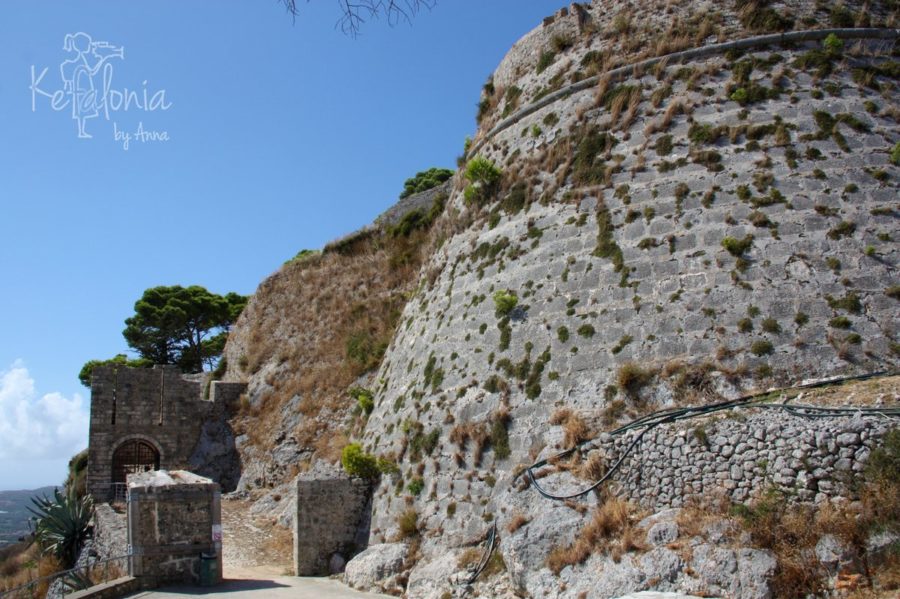 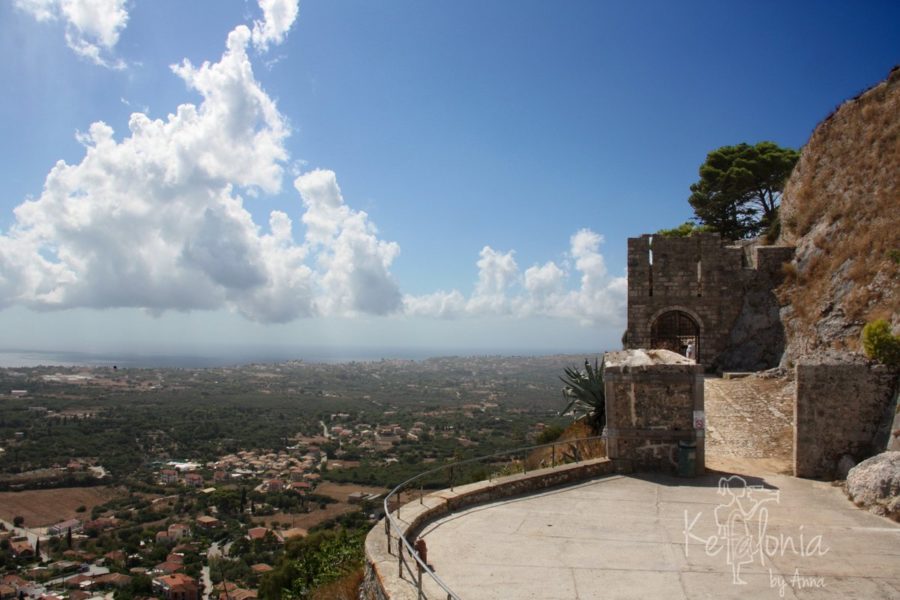