Athena Metaxatou is a jewellery designer and her predominant purpose is to promote unique Greek cultural heritage. Her love of nature became her inspiration and made her settle in Kefalonia, her place of origin. In the island’s capital, Argostoli, she launched in 2008 a workshop and jeweller shop, known by the title Athena’s workshop. She use various techniques such as the “lost wax” for silver and gold with precious and semiprecious stones. Each piece of jewellery created by her has its own significance and it brings joy, strength, confidence and certainty, it ameliorate fears and becomes a part of the owner life. 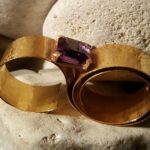 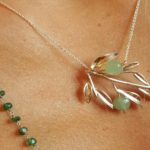 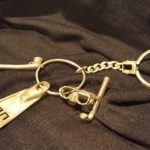