This is a very special house-museum created by Takis Tokkas with a passion, deep knowledge of Kefalonian history and traditions, and a lot of personal work! It is worth a visit to see the collection especially as you will be guided by the creator himself!

You are invited to explore and experience the feel of an era long-gone.

The primary aspiration was to create a museum space that would emanate the look and feel of old Ionian Houses, albeit understandably on a smaller scale.

This was considered a priority of utmost importance, given the impact of the devastating 1953 earthquakes on the island of Kefalonia.

After the 1953 earthquakes, the village of Vlachata in Sami was relocated and rebuilt in a place of unrivalled natural beauty, featuring the lovely lake with the old water mill – the renowned “Karavomilos” after which the new name of the village was derived.

In a shady tree-lined garden covering 500sq.m. stands the privately-owned museum with an area of approx. 150 m2, which was until recently used as a residence. The building was remodelled both externally and internally to resemble pre-earthquake houses. It is worth noting that the Ionian bourgeoisie manor houses of the time were impressively decorated both inside and outside. Each generation felt the obligation to leave its mark on the family manor home, by adding valuable collectors’ items such as books, objects and furniture.

This enriched the family collection, while maintaining and enhancing the family’s prestige and grandeur of nobility. In this way the “palatakia” (little palaces), as these two or three storey houses were frequently called, were home to furniture and objects belonging to different styles and eras, all co-existing and blending in a unique manner.

The majority of the objects of display in the museum were salvaged from the earthquakes of 1953 and originate from the family collection of Ioannis Stefanatos-Mordoko.

The visitor can experience the distinctive atmosphere of these residencies, which reflected the cosmopolitan nature of their owners and the refined lifestyle they followed.

The museum displays the final arrangement and decoration of the houses’ interior spaces, as they evolved over the past two and a half centuries.

It is located in Karavomilos 1km from Sami. 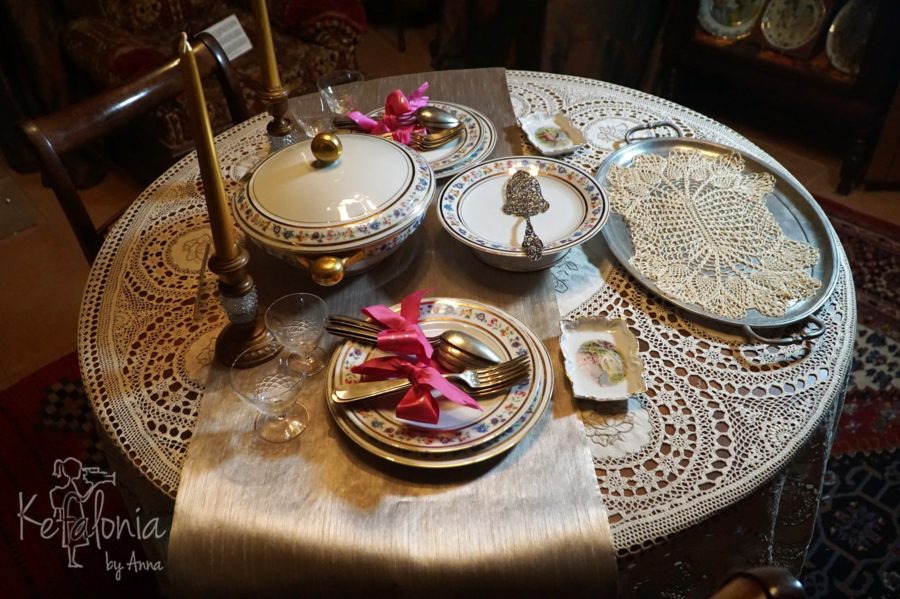