I recently visited one of the most famous landmarks on the island of Zakynthos (Zante), Navagio Beach, a cove on the northwest shore isolated by high cliffs and accessible only by boat. The dramatic vertical rock face, lush greenery and pristine, crystal clear water make the beach a breathtaking experience. For me it’s one of the most impressive sights in the Greeks seas…as the boat enters the gulf its beauty is breathtaking. You can also get a birds-eye view of the beach from the platform at the top of the cliffs about 5km from the village of Anafonitria. 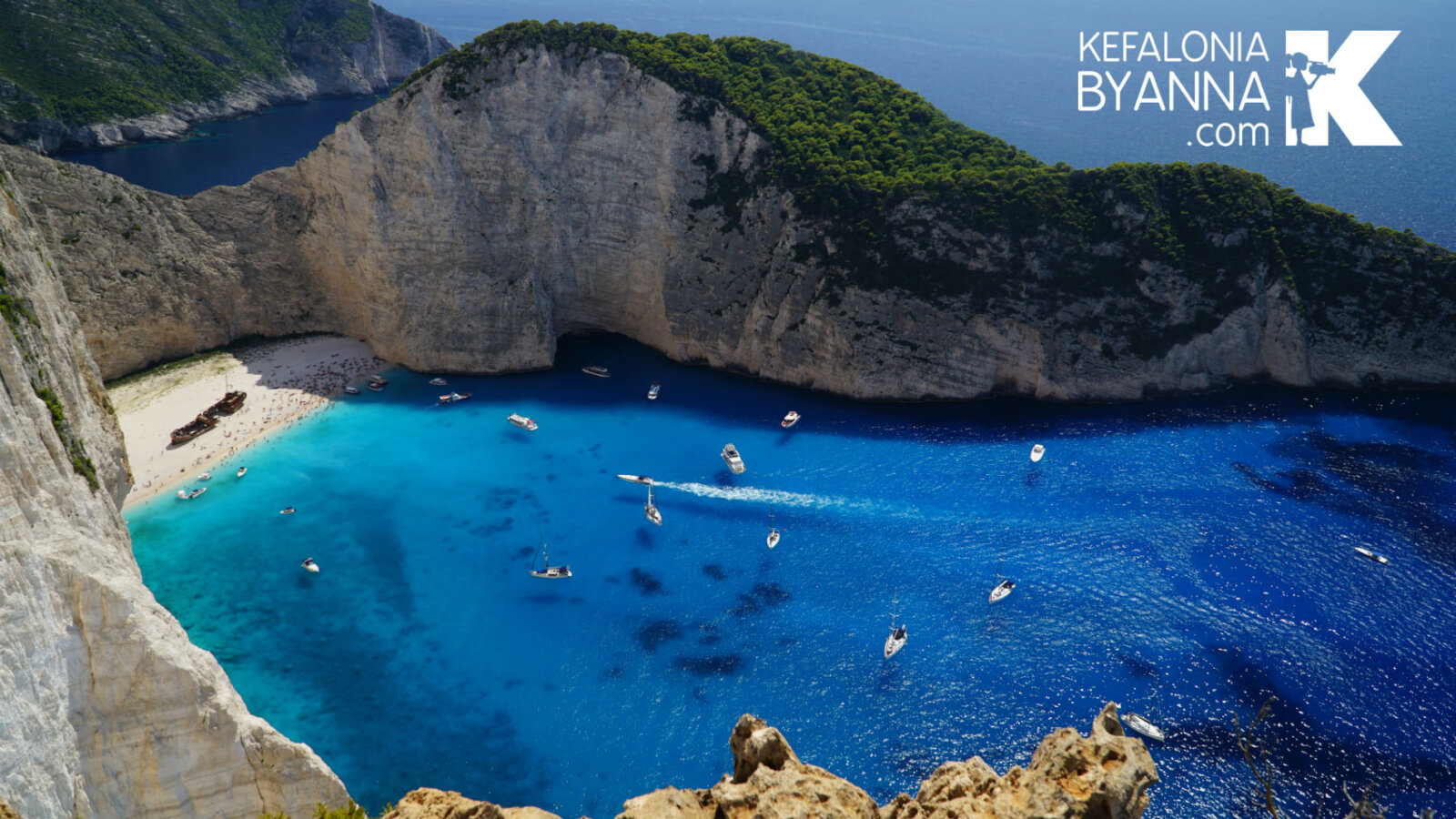 Not only does the beach exude outstanding natural beauty it is also home to a mysterious shipwreck.

The shipwreck lies on the beach nestled in the limestone gravel, the wreck is from 1980 so it’s not so old but its stunning location makes it worth a visit. The beach was originally called Agios Georgios but became Navagio Beach (literally translating to Shipwreck) after the freight liner MV Panagiotis ran aground on October 2nd 1980. 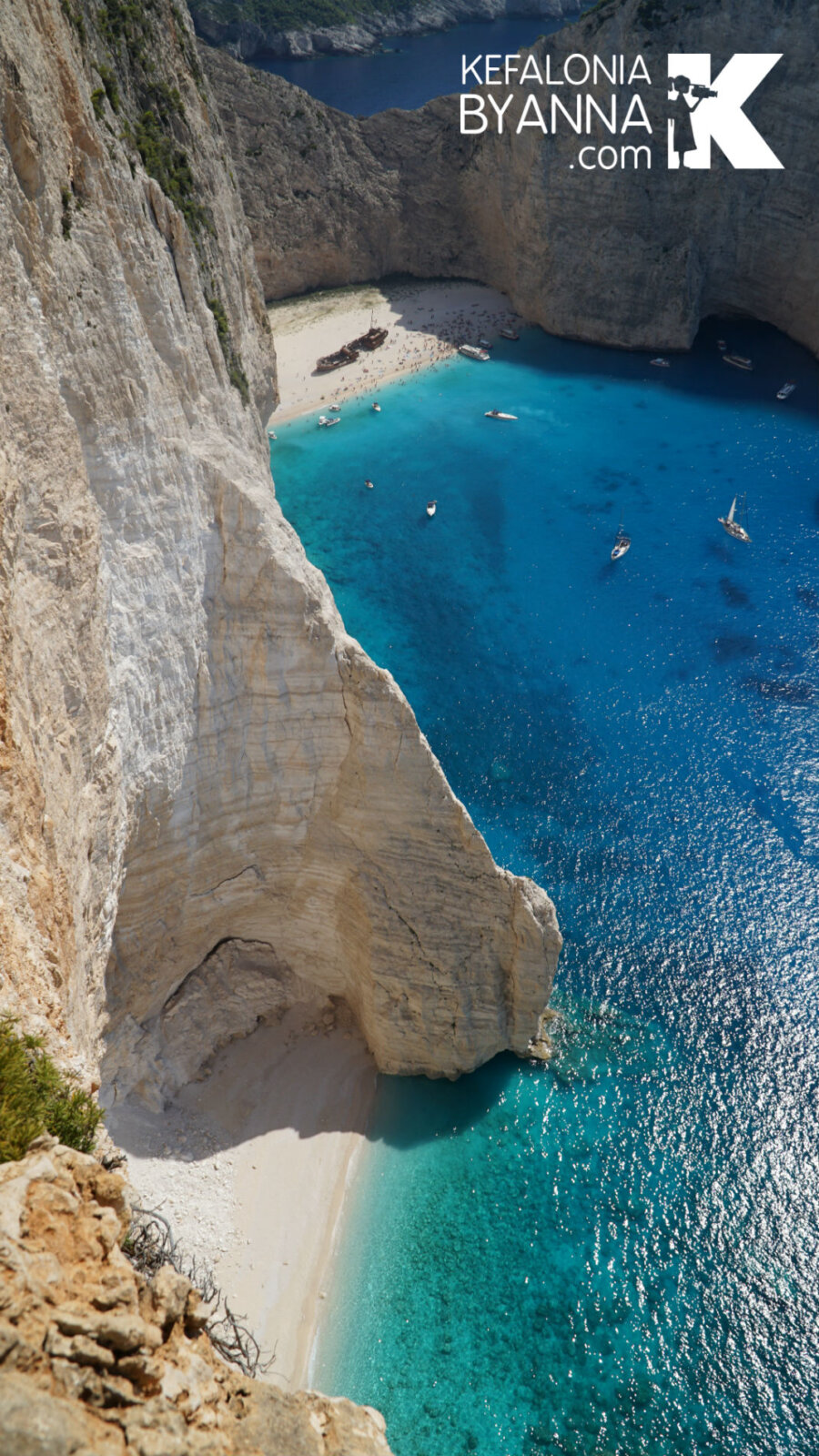 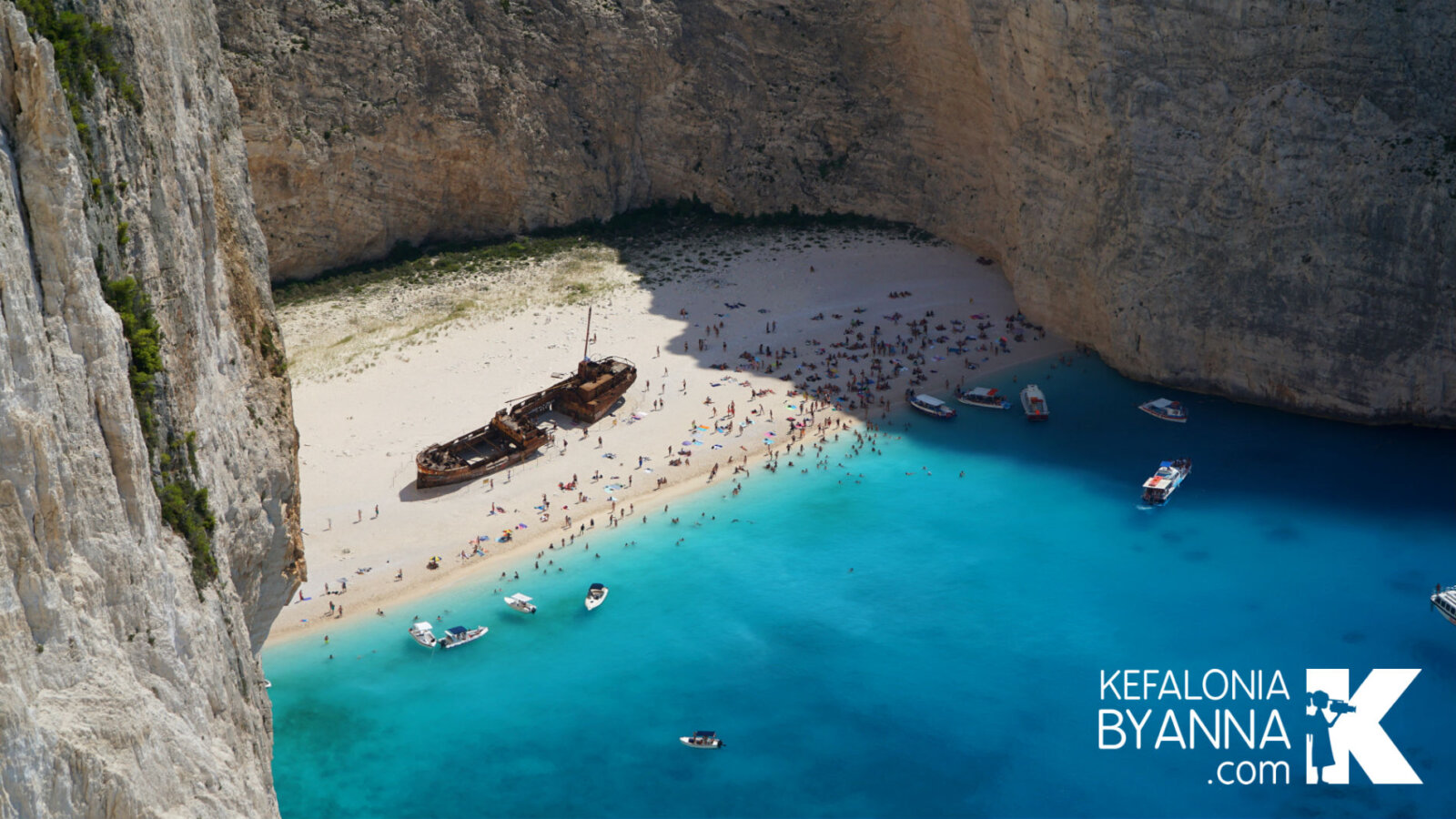 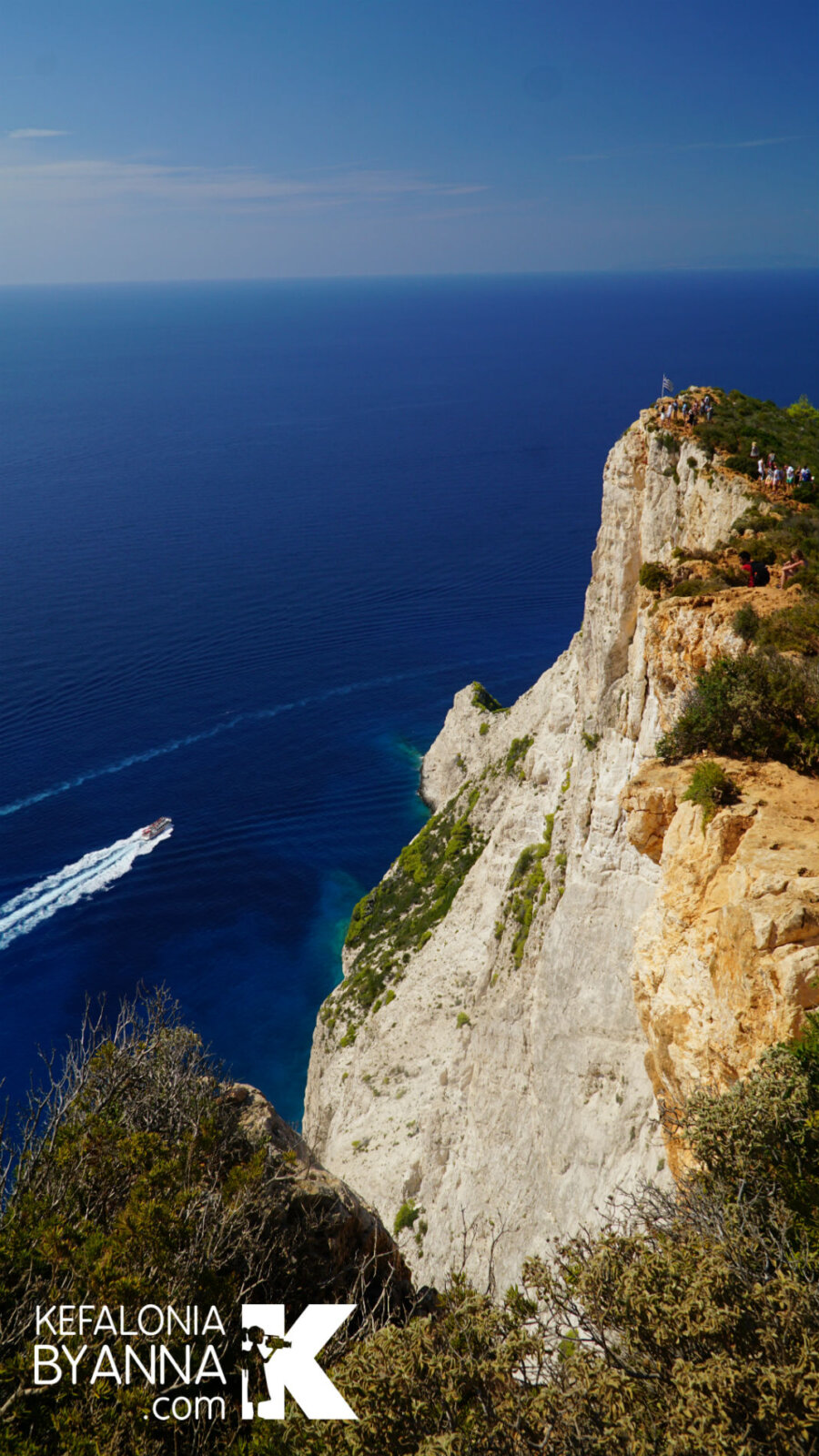 The Kefalonian born captain of the ship claims that the boat was returning to the port of Durres in Albania from Argostoli when a catastrophic combination of engine failure and terrible weather led to the boat running aground in the cove. Because of its inaccessible location he found it impossible to protect the vessel from possible thieves and called in the authorities. However some of the cargo and shipping equipment was stolen. The authorities were once again alerted and began an investigation. When the investigation finished around 30 people from local villages were convicted of stealing cargo and equipment which was recovered. The captain was cleared of all possible charges and it is said he was so overcome by the sight of the wreck that he deiced to leave it there. However, there are many theories and rumours as to how the boat became to rest on Agios Georgios Beach only to transform it into Navagio Beach. 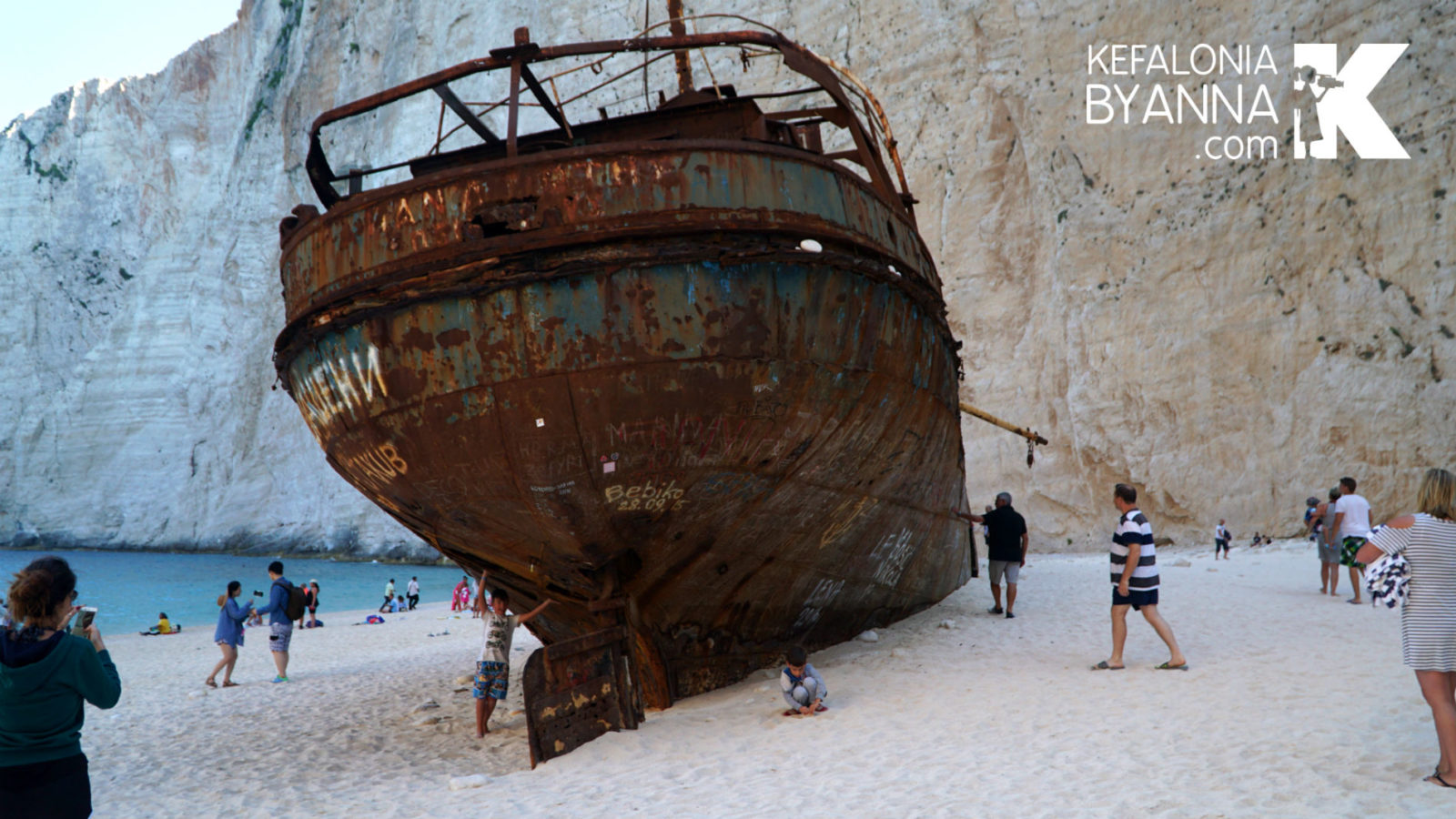 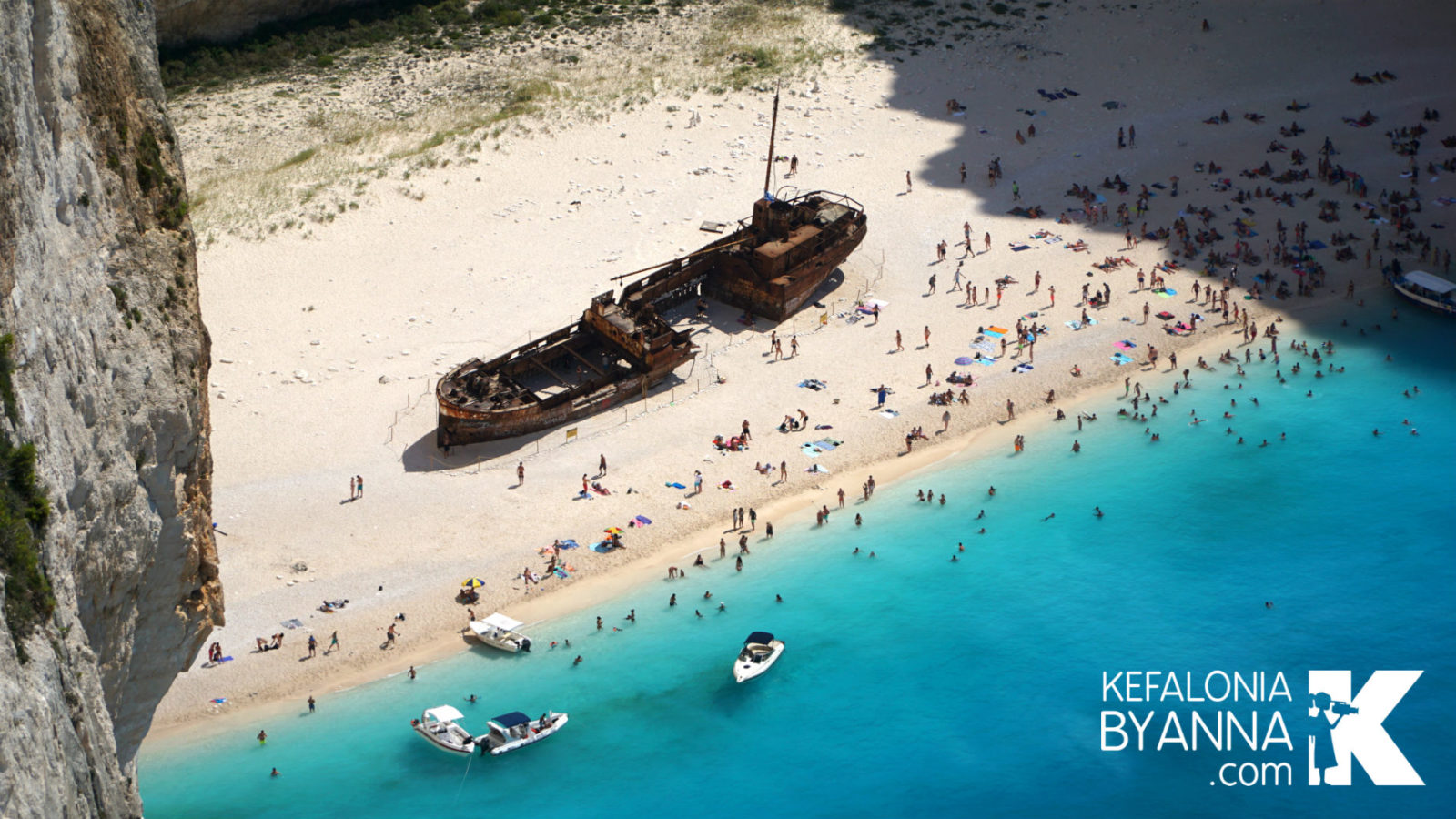 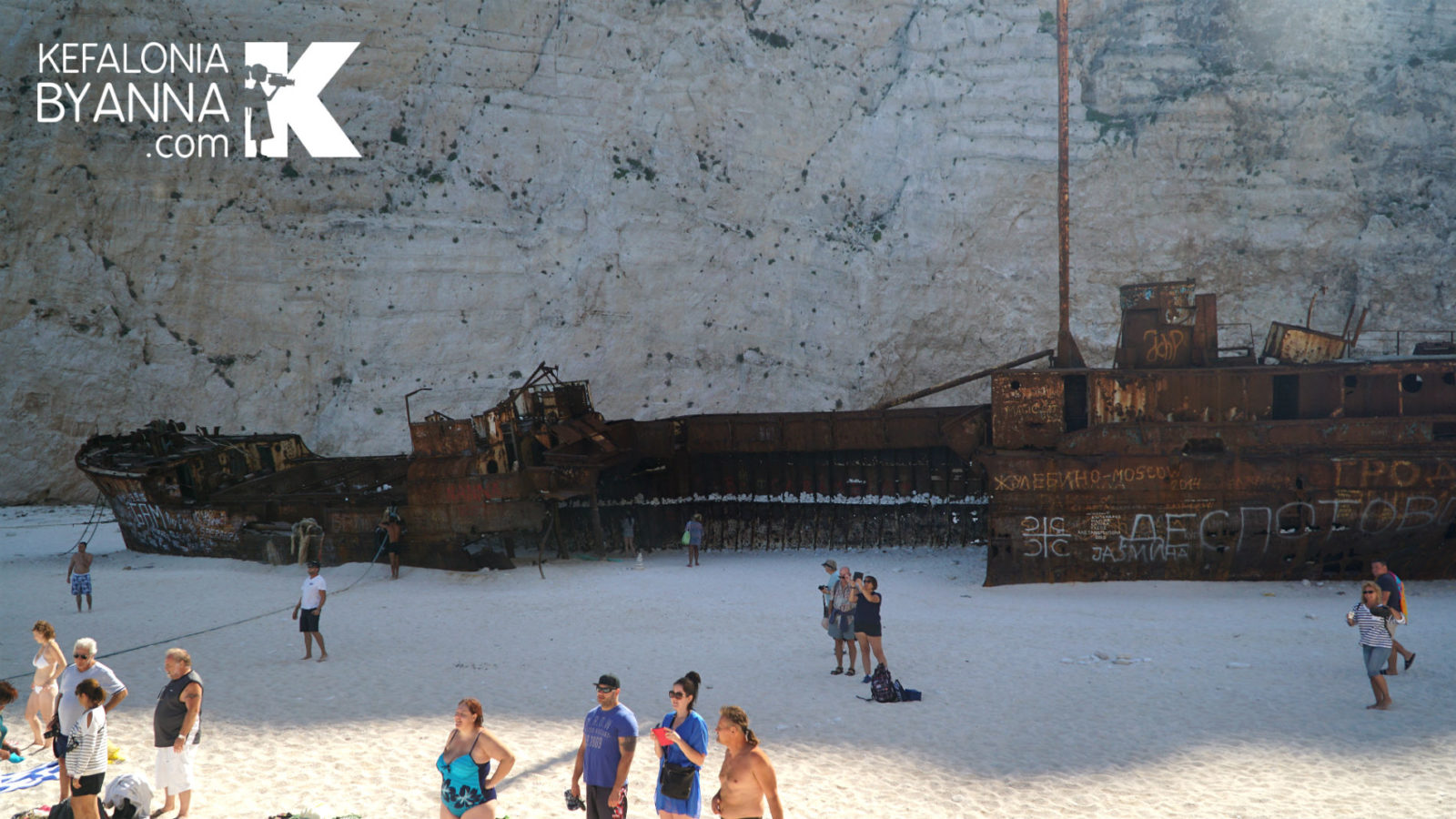 Once story claims that the freight liner was used to smuggle taxable goods such as wine and cigarettes, another claims the same but in addition to the contraband the boat was used for human trafficking. Authorities pursued the boat down and chased into the cove where it became trapped and ran aground. Others say it was carrying the contraband but simply lost engine power and washed ashore.

Another theory suggests that the owner of the ship Haris Kompotheklas was indeed carrying contraband goods, previously smuggled from the former Yugoslavia and Albania en route to Italy, but was coerced into carrying two Italian smugglers. Kompotheklas decided to take advantage of the situation and arrest and detain the two smugglers in order to keep the cargo for himself, but due to terrible and sudden bad weather he was forced to run MV Panagiotis into the cove. Parcels of the smuggled goods were washed off the boat and carried onto shore where the villagers took and hid them whilst the captain and his crew tried to salvage it. Apparently the authorities heard about the incident, sent the two Italians back home to Italy, arrested the captain and his crew and convicted those necessary for smuggling. 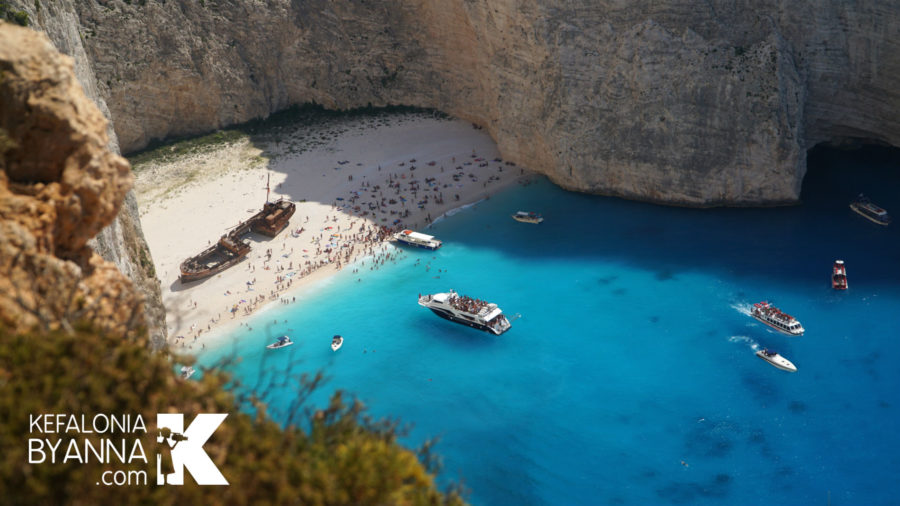 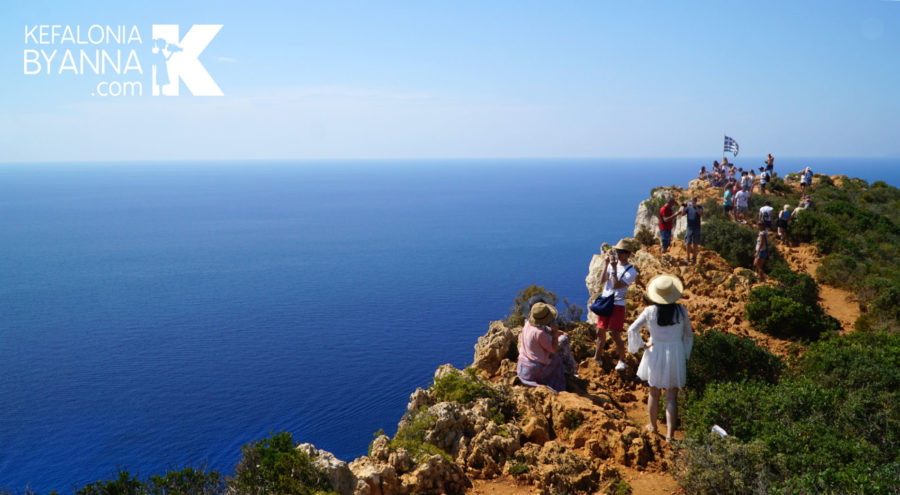 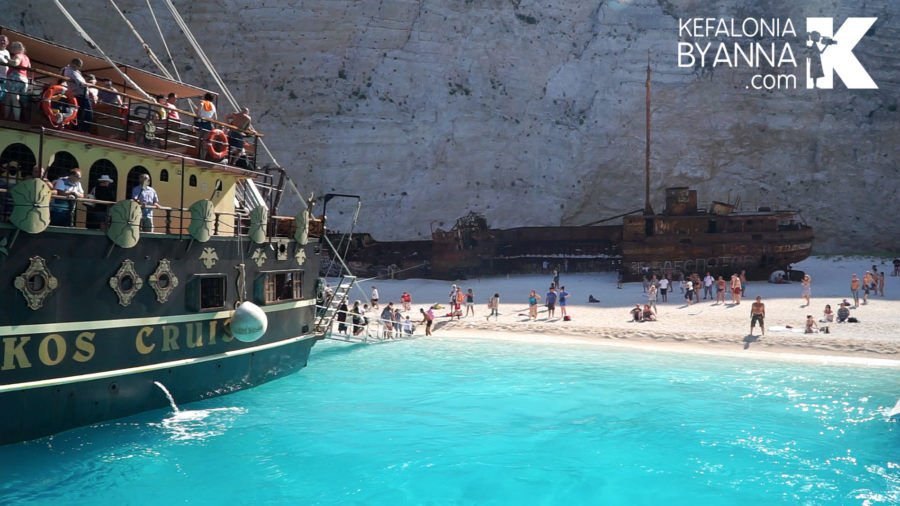 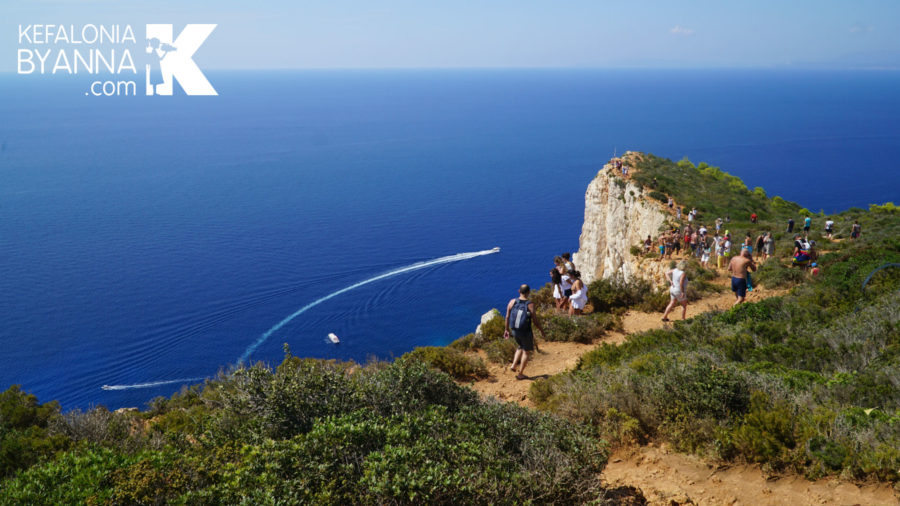 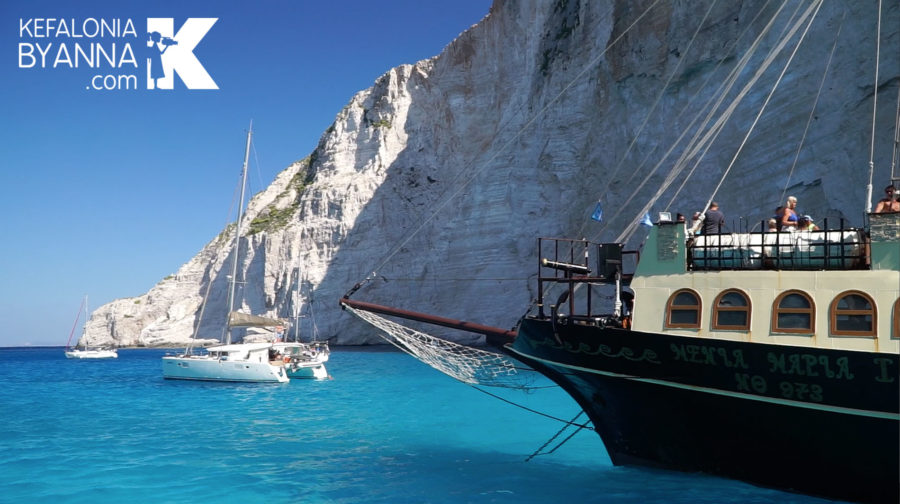 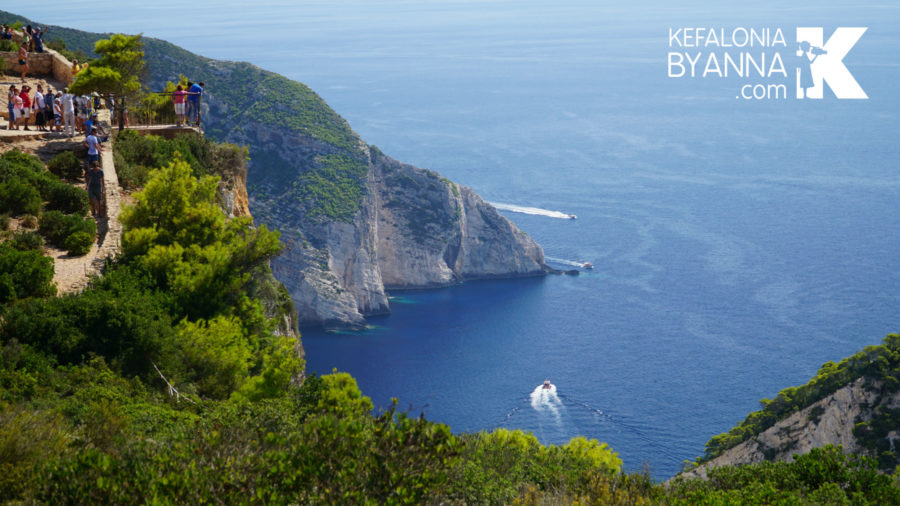 It seems that the full, or true, story will never be known about what happened that night but the result is now one of the most iconic images of the Greek islands! 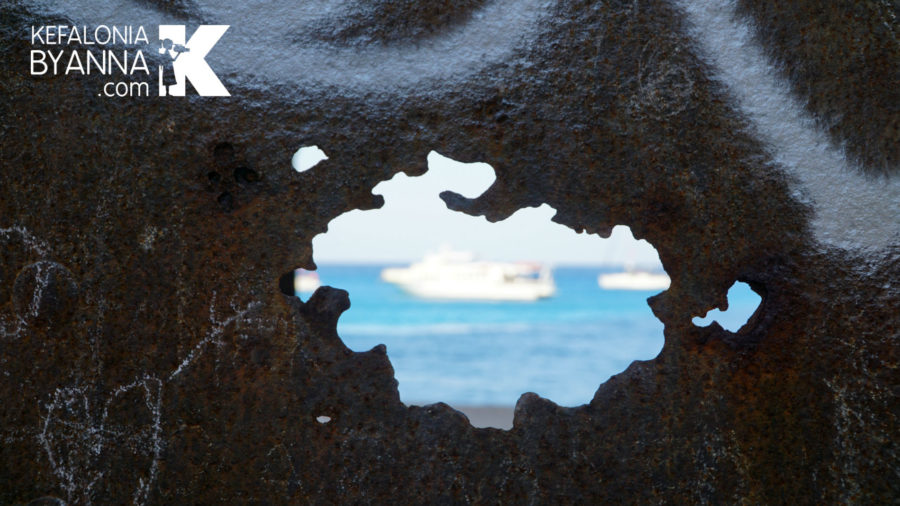 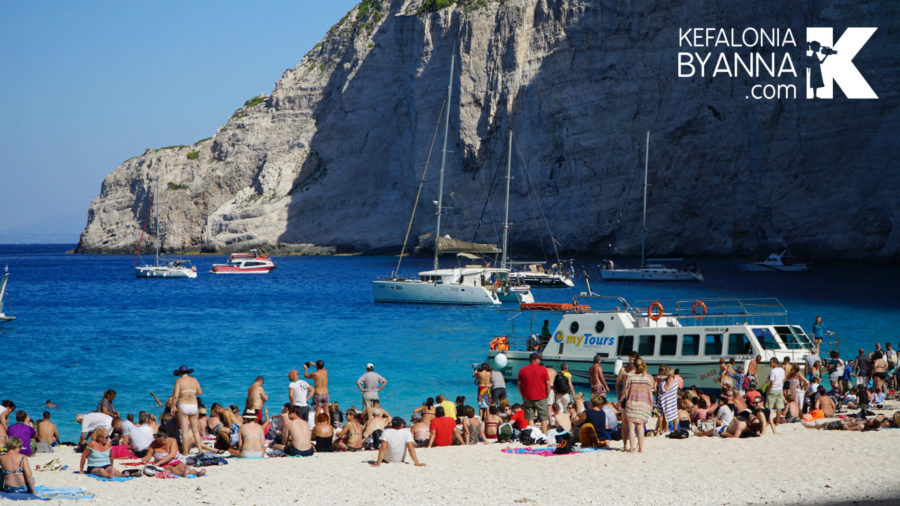 To visit Navagio Beach from Kefalonia there are several options: if you want to do the trip privately you can rent a vessel or yacht (with or without a skipper depending if you have a licence or not), if you prefer to be part of a group there are some companies that offer that trip from either Skala (this is the shortest route), from Lixouri or from Argostoli. Unfortunately mass tourism means the beach is usually crowded with tourists so it’s better if you can visit during the low season, or early in the morning.

Most day trips combine visiting Navagio Beach with a visit to the blue caves. Bear in mind that if the weather is windy the trip can be unpleasant.

Alternatively, if you have more than a week to spend in the Ionian sea, you could get a ferry boat from Pessada port at the south of the island and visit the neighbouring island for a few days, (more info to follow in a future post).